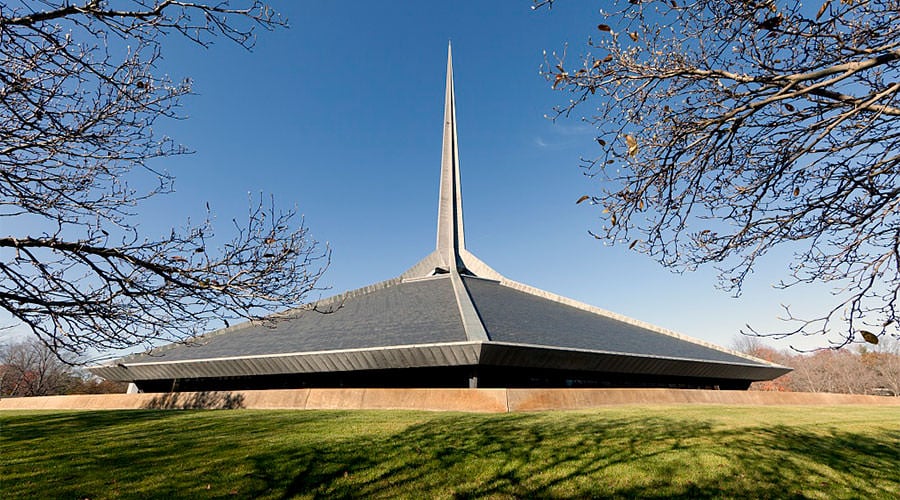 Many famed architects were interviewed by the committee. Each candidate toted along sketches and photos. One of the architects was none other than Eero Saarinen, architect of St. Louis Gateway Arch and Washington Dulles International Airport. Eero recently designed Irwin Union Bank and Miller House in Columbus, Indiana, and worked with his father, Eliel Saarinen, on the design for First Christian Church.

The committee was pleasantly surprised when Saarinen simply brought a notebook, asking what the church should be like – not just what it should look like. In 1959, the congregation selected Saarinen. 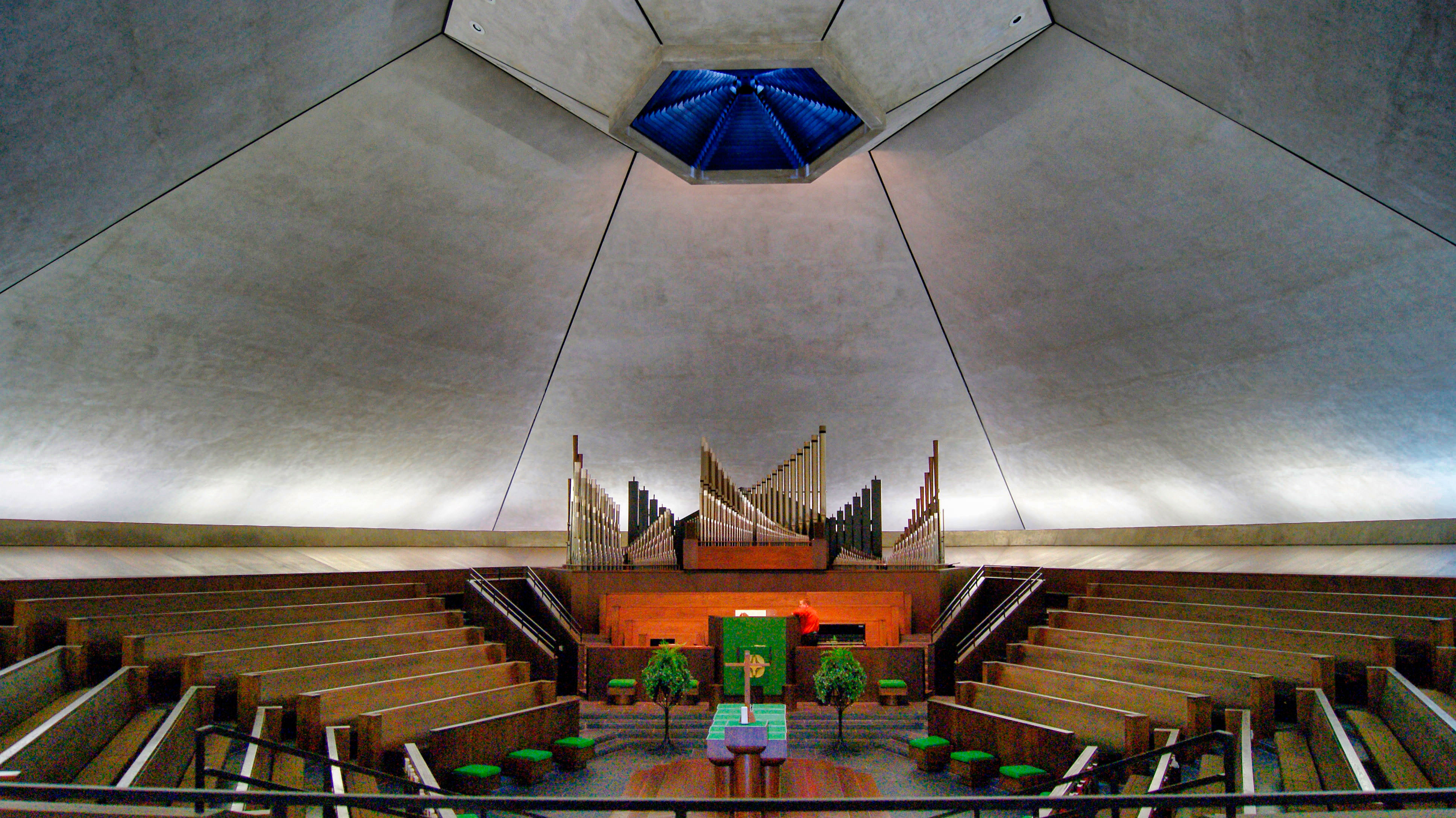 Saarinen sought to create a place that embraced modern architecture and embodied the significance of traditional churches. The most notable feature of the hexagonal building is a 192-feet spire pointing toward the sky. While inside the sanctuary, look up and you’ll see an oculus directly below the spire letting in light.

The congregation sits in a hexagon on dark mahogany pews, facing one another, embracing community. The communion table sits directly below the oculus, glowing with natural light. Every detail of the church has meaning. The twelve sections of the table represent the twelve disciples.

Beneath the sanctuary are classrooms, meeting room, auditorium and kitchen in the basement. North Christian Church was the last building Saarinen designed before his death in 1961. Almost 60 years later, it remains one of Columbus’ most beloved structures.

In April 2018, Indiana Landmarks, a historic preservation organization, listed the church on the 10 Most Endangered Indiana Landmarks. Currently, they are working with the congregation to raise awareness of the magnificent structure and save it for future generations.

See the church for yourself and discover every hidden detail on the Architectural Highlights Bus Tour.