Eero Saarinen designed North Christian Church, the last building designed by Saarinen before his untimely death on September 1, 1961. Roche Dinkeloo & Associates, the successor architectural firm, completed the building in 1964. The sloping roof of this six-sided building blends with the landscaped earth-mound which surrounds it. This low line accentuates the distinctive 192-foot spire, topped with a gold-leaf cross.

Designated a National Historic Landmark, this site holds the highest national honor for a property.

It would be so easy to say—as you would like me to—”Let’s go ahead with it as it is.” But against that I have perhaps a greater conscience, because I would know in my heart that it would not realty be the best I can do. We have finally to solve this church so that it can become a great building. I feel I have this obligation to the congregation, and as architect I have this obligation to my profession and my ideals. I want to solve it so that as an architect when I face St. Peter I am able to say that out of the buildings I did in my lifetime, one of the best was this little church, because it has in it a real spirit that speaks forth to all Christians as a witness to their faith.

From the Taschen book Saarinen, by Pierluigi Serraino:

While the twentieth century is often thought of as a secular age, a great many architects practicing within the modern idiom received commissions to design religious facilities. For Saarinen, this became almost a subspecialty, in which, metaphorically speaking, he was able to practice his own theology of design. The North Christian Church was his second project of this type in Columbus, Indiana, built twenty years after the Tabernacle Church of Christ, which he had worked on with his father.

Dan Kiley landscaped the multi-acre site, including the parking lot with parking “rooms.” At North Christian Church, Kiley ingeniously filters and controls approaching views of the building. The site design creates an enclosure, and different responses are encouraged by the plantings and the spaces between them. The visitor enters via a curving drive that runs through wooded spaces, into a series of parking lots that form courtyards by the use of hedges and trees. From the church, the perspective and the landscaping hides the cars in the lots.

Dan Kiley is one of the most highly regarded landscape architects of the last century. Completing more than a thousand projects in more than sixty years, Kiley was awarded the National Medal of Arts, the highest honor for artists in the United States. His landscape work includes the Gateway Arch in St. Louis, the U.S. Air Force Academy in Colorado Springs, Rockefeller University in New York City, the Oakland Museum, and the John F. Kennedy Library in New York City. 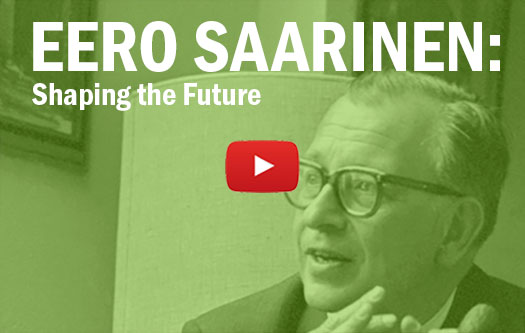 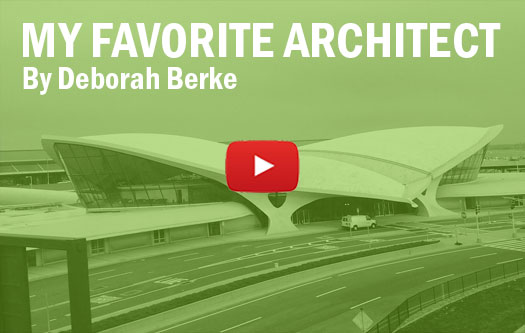 Awesome – Another example of spirituality through a kind of simplicity that is extraordinarily sculpted by master architect Eero Saarinen.

This church exceeded anything we could anticipate...

Stunning and intimate both – We came to Columbus prepared to be impressed by the famous modern architecture. This church exceeded anything we could anticipate. The soaring exterior is contrasted with a warm, intimate interior – we hated to leave. We’re grateful to the small congregation for sharing it with so many visitors.

This (church), without a doubt, is the most unusual we have ever seen...

Awesome! In lots of travels, we have visited and admired many churches. This one, without a doubt, is the most unusual we have ever seen. Both the outer structure and the inner structures of this holy place are awesome. It is another outstanding example of the progressive architecture typical of Columbus.