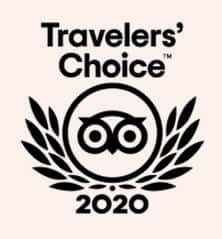 BEGIN YOUR VISIT AT THE VISITORS CENTER at 506 Fifth Street, in the heart of downtown, where the staff can help you plan your time in Columbus. Park for free, then come inside for:

The gift shop has handcrafted items by local and regional artists and Columbus-themed items.

View the Dale Chihuly Yellow Chandelier and Persians and even purchase your own Chihuly glass!

Find out what bloggers suggest for your visit to Columbus.

Artist Jeff Hagan captured the city of Columbus in his unique style, and it is available for sale in the gift shop. Jeff also created a painting that honors local native Chuck Taylor.

Everything a visitor needs...

…we did not know that in the middle of America such a city exists with interesting architectural phenomena. Strongly recommend to take the tour. – Tripadvisor reviewer from Los Angeles, posted Nov 2019

"The best way to start your visit to Columbus"

This is a must see, must do activity in Columbus. The tour provides a great introduction to this unexpected, unforgettable town. At the very least, enjoy the 8-minute video introduction to Columbus and why it is the sixth rated city in America for its architectural significance. This is the best way to start your visit to Columbus. / Yelp reviewer from Cape Coral, Florida, posted Nov 2019

"For anyone visiting Columbus...this should be the first stop"

For anyone visiting Columbus for the architecture, this should be the first stop. /  Tripadvisor reviewer from Raleigh, North Carolina

"What more could a traveler want?"...

An interesting building with world-class artwork, a helpful staff, clean bathrooms, and well-curated gift shop. What more could a traveler want? / Yelp reviewer from Louisville, KY

"I had no idea there were so many things to see and do around town"...

Coming to visit Columbus for the first time was a great experience! The visitor’s center had great staff and helped us get started on our self guided tour. They even had a great video to watch before the tour. Even their gift shop was full of wonderfully cute things from around the Columbus area. I had no idea there were so many things to see and do around town. / Google Plus reviewer 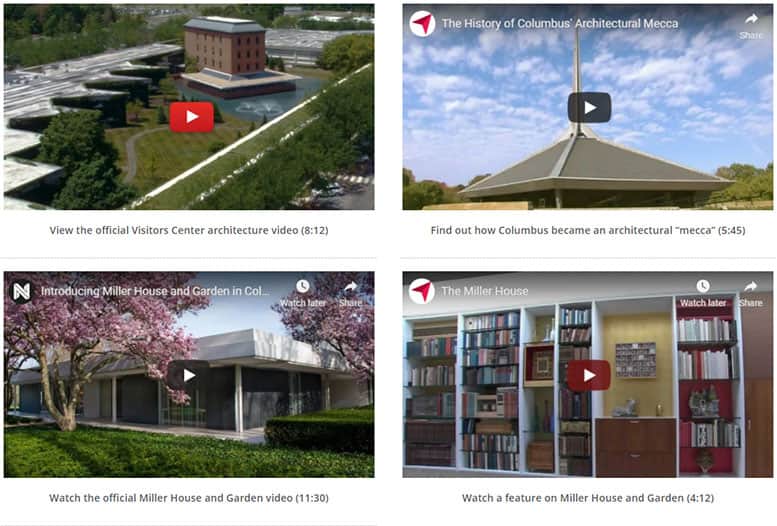 Take me to the Welcome Center

Membership dollars are used by our organization to advance the incredible architectural heritage of Columbus, Indiana, and to educate people of all ages about the value of good design.

To join, visit the membership page > 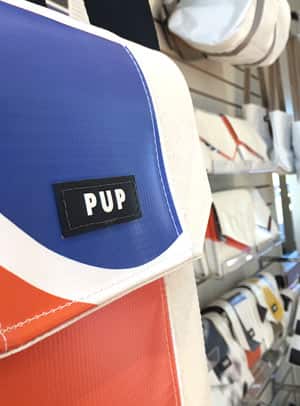 GET A PUP BAG 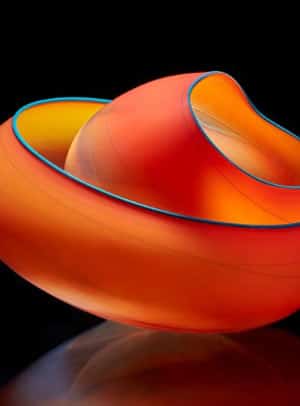 BUY YOUR OWN CHIHULY IN COLUMBUS!

The Studio Editions by Dale Chihuly are available for purchase at the Columbus Visitors Center Gift Shop. You can visit Columbus to see the Yellow Neon Chandelier and Persians, as well as the Sun Garden Panels in Suspended Circle, then stop at the gift shop to buy a Studio Edition to take home with you! (And don’t miss other stops of interest to fans of glass in Columbus as well.)

Get more information about buying Chihuly art and glass. 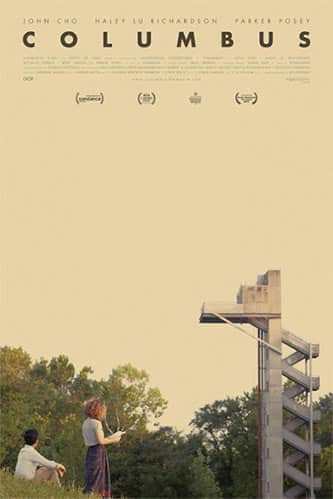 …a pleasantly eccentric film that’s the feature debut of visual artist Kogonada. Set in ‘the Athens of the Prairie,’ Columbus, Indiana, the unlikely site of a trove of modern architecture, its impeccably composed shots of stunning buildings are as much of a lure as its deliberately paced story. [ The LA Times ] 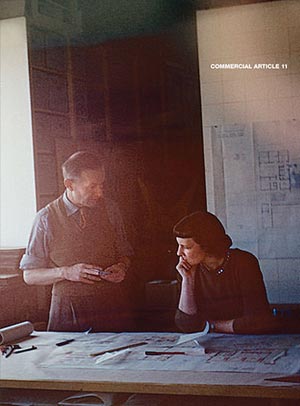 Read the untold story of the incomparable Xenia Miller

Xenia Miller collaborated with modernist giants Eero Saarinen and Alexander Girard on not one, but two homes — Columbus, Indiana’s Miller House being one of the most important residential projects in architectural history. But that’s just the beginning. Her contributions to architecture, design, art and historic preservation in central Indiana are largely unknown. Along with her husband, Xenia Miller brought art by international figures like Jean Tinguely, and Henry Moore to small town Indiana. She worked with major architectural figures like Edward Larrabee Barnes (and his wife) to bring inspiring design to schools, churches, and other civic buildings. She looked to design’s future, but worked to preserve the past. Hers may be one of the great unsung voices in modernism. More than 84 pages, this issue is illustrated with dozens of full color photos and drawings — many never before published. Offset printed in Indiana on heavy weight uncoated stock. Written by Connie Zeigler. 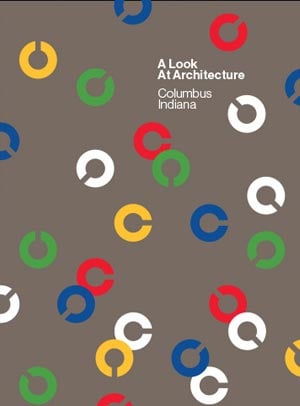 Find out more about A Look at Architecture and view sample pages from the book.

A Look at Architecture documents modern buildings in Columbus, Indiana. Designed predominantly by nationally and internationally recognized architects, landscape architects, and interior designers from 1942-2016, each project has been photographed in its current condition. 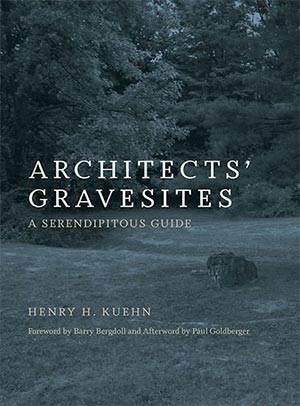 Written by by Columbus tour guide Henry Kuehn, Architects’ Gravesites is an architectural guide like no other, revealing as much about mortality as about monumentality, featuring a forward by Barry Bergdoll and afterword by Paul Goldberger.

Kuehn’s book offers an alphabetical listing, from Alvar Aalto to Minoru Yamasaki (designer of the Word Trade Center’s twin towers). Each entry includes a brief note on the architect’s career and a color photograph of the site. You will learn that Ludwig Mies van der Rohe is buried in Chicago under a simple granite slab designed by his architect grandson; Louise Bethune, the first American woman to become a professional architect, is buried under a headstone inscribed only with her husband’s name (a plaque honoring her achievements was installed later); Philip Johnson’s ashes were spread in his rose garden, with no marker, across the street from his famous Glass House.

Get the BOOK OF
STUNNING PANORAMAS

This unique presentation of midcentury Modernist mecca Columbus, Indiana, skillfully combines Thomas Schiff’s love of photography and architecture in Columbus, presenting more than fifty exteriors and interiors by celebrated architects and designers in a singular panoramic format. Providing a fresh perspective for these notable historic buildings, this book is the perfect gift for architecture and photography fans alike.