Columbus is best known as an architecture destination and the site of the global headquarters for Cummins Inc, a manufacturer of diesel engines, but it is also the home of the notable natives listed below. 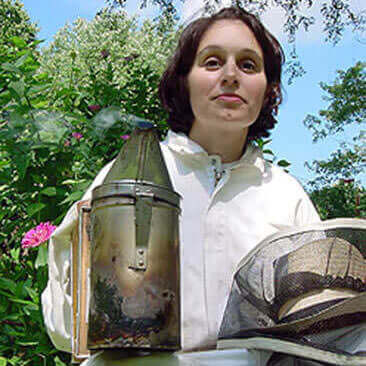 SUSAN BRACKNEY was raised in Columbus and has written books on the artistic life, organic gardening, and bee-keeping. You might have seen her on Good Morning America, taking Jerry Seinfeld’s Bee Movie to task. The avid gardener and green-living guru has writings in The New York Times, Organic Gardening, Beekeeping, and more. 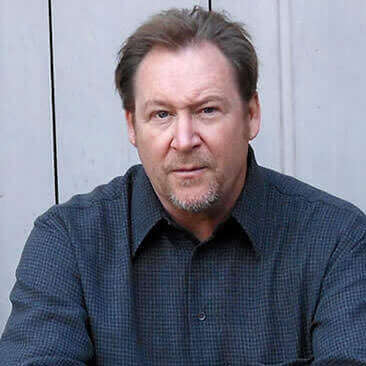 TIM GRIMM went to Hollywood to be in movies and on TV, landing roles alongside Harrison Ford, Russell Crowe, F. Murray Abraham, Dennis Quaid, Mark Harmon, and Tim Allen, but returned to his roots in Columbus to raise his family. He organizes the Americana Music Series, featuring folk artists from all over, writes music, and performs his folk music throughout the U.S. and Europe. 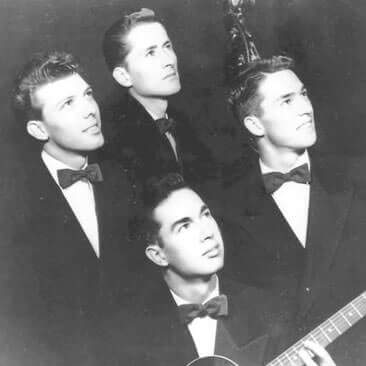 THE FOUR FRESHMEN began in 1948, creating a sound that changed vocal jazz harmony forever. They were nominated for six Grammy awards. The group was started by two brothers from Columbus, Don and Ross Barbour, their cousin Bob Flanigan, and friend Hal Kratzsch. 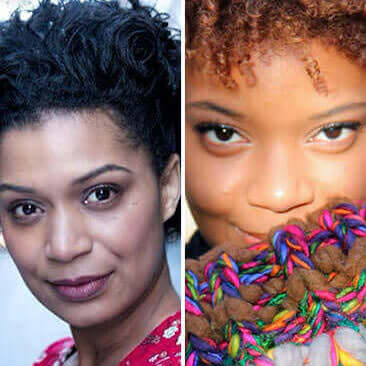 MARJA AND CHASTEN HARMON, two sisters who grew up in Columbus, have been enjoying the limelight on Broadway and in national and international tour companies. Aida, The Lion King, Les Misérables, and Hair are just a few of the elite productions the Harmon sisters have performed with. 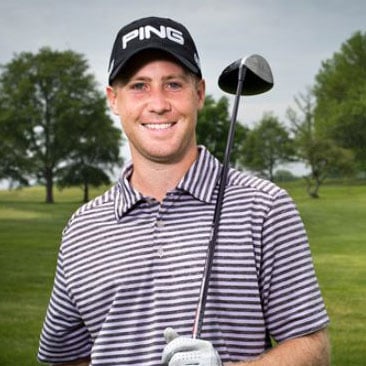 TYLER DUNCAN won a playoff with Webb Simpson in November 2019 in the RSM Classic for his first PGA Tour title. Duncan was medalist in the 2007 Indiana High School state tournament and played for Purdue University. He has also had top five finishes at the AT&T Byron Nelson and the Safeway Opens. His victory at Sea Island earned him nearly $1.2 million. 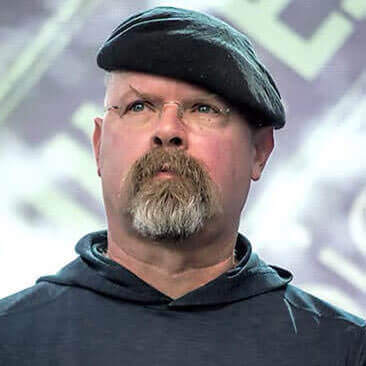 JAMIE HYNEMAN, co-host of the popular show Mythbusters, graduated from Columbus North High School in 1974. He owned and operated the Fur, Fin, and Feather Pet Center on Central Avenue in Columbus for three years before attending Indiana University.
See the photo original > 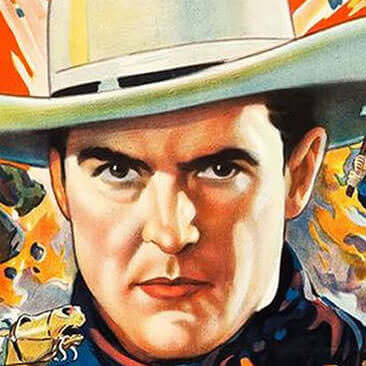 KEN MAYNARD became a movie star cowboy in the early days of film making, received a star on the Hollywood Walk of Fame, and was inducted into the National Cowboy Hall of Fame. 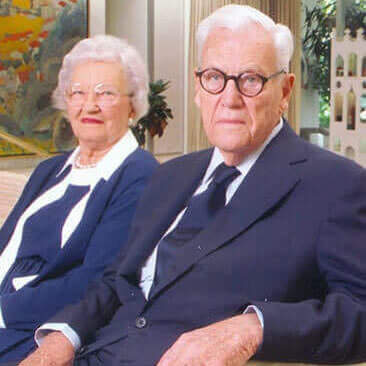 J IRWIN and XENIA MILLER were locals who were visionaries and benefactors to the Columbus community as well as being active in national causes. Their Eero Saarinen designed home has become a must-see destination for all fans of mid-century modern architecture. Learn more about J. Irwin and Xenia. 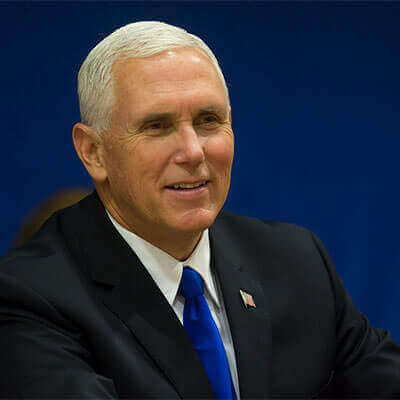 MIKE PENCE was born and raised in Columbus. He graduated from Columbus North High School, Hanover College in 1981, and earned his J.D. from Indiana University School of Law in 1986. Pence was elected to Congress in 2000 and served six terms before becoming Governor in 2012, then Vice-President in January 2017. 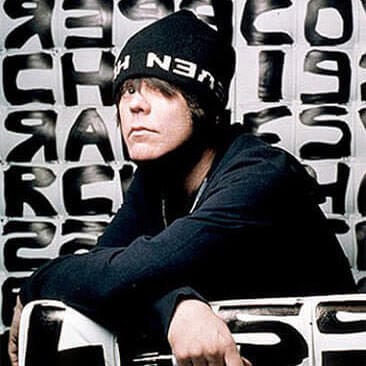 STEPHEN SPROUSE moved to Columbus when he was nine years old. The New York Times wrote he was “the fashion designer and artist who in the early 1980s pioneered that decade’s revolutionary idea of mixing uptown sophistication in clothing with a downtown punk and pop sensibility.” New York magazine wrote, “Sprouse wedded downtown cool with uptown luxury and space-age fabrics.” Sprouse worked with Halston, Louis Vuitton, Marc Jacobs, and Blondie’s Debbie Harry, among others. (photo by Untapped Cities) 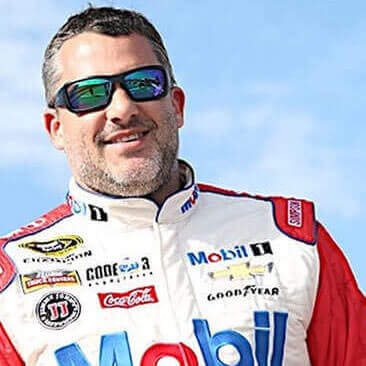 TONY STEWART, winner of so many high-profile racing events, credits his return to his hometown for his renewed success on the NASCAR circuit. Tony Caraviello of Nascar.com said, “Sometimes, we forget how immensely talented Stewart is,” and we couldn’t agree more! See a mural of Tony at the downtown Dairy Queen, where the owner was an early Tony fan and sponsor. 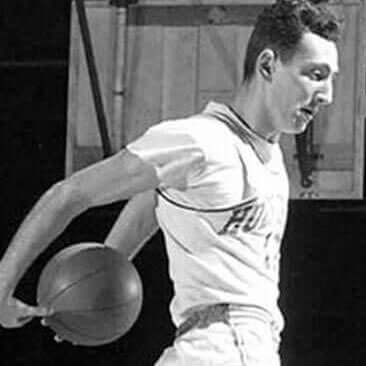 CHUCK TAYLOR, for whom the Converse All Star is named, was a basketball player, salesman, and shoe endorser from Columbus. He played on the Columbus High School Bulldogs team from 1914 to 1918. Until the mid-1970s, the beloved shoe design, nicknamed “Chucks,” comprised fifty percent of the athletic shoe market. 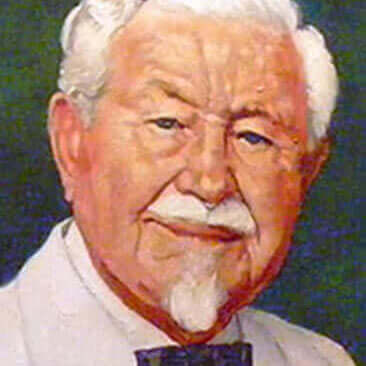 “COLONEL SANDERS” lived and worked in Columbus for a time before he founded Kentucky Fried Chicken. Among many jobs he had between the ages of fifteen and forty, he “worked as the secretary of the Columbus, Indiana, Chamber of Commerce” and “manufactured acetylene lighting systems for farmers in Columbus,” as noted in a 1970 New Yorker magazine article.