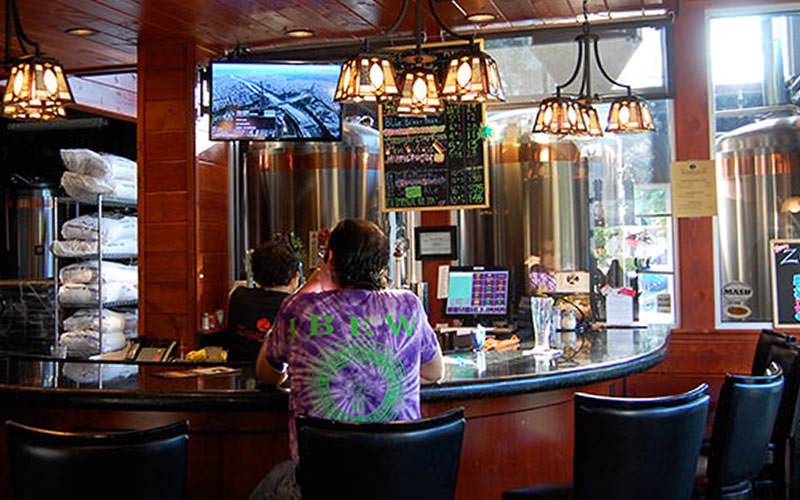 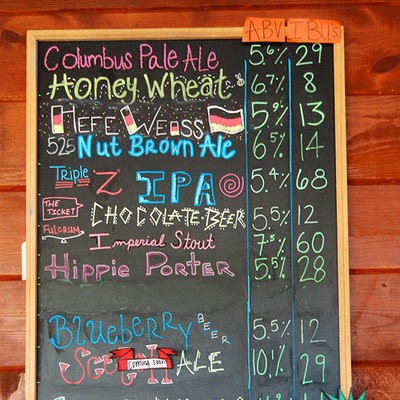 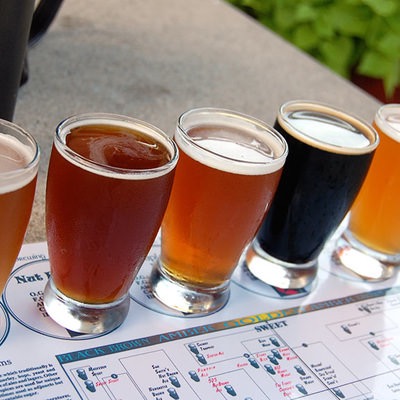 Pizza and beer go together like peanut butter and jelly, and ZwanzigZ is successfully pulling off this culinary pairing with style. My little boy and I got happily acquainted with ZwanzigZ pizza during a Columbus trip last year, but I didn’t get a chance to taste some of ZwanzigZ’s signature beer until a repeat visit with my son and my dad this week.

Already solidly established as Columbus’ most popular independent pizzeria, ZwanzigZ added brewing operations to its mix in 2011. Under the creative and capable direction of brewmaster Mike Rybinski, ZwanzigZ now churns out an evolving lineup of around 50 different craft beers—a dozen or so are available on site at any given time. 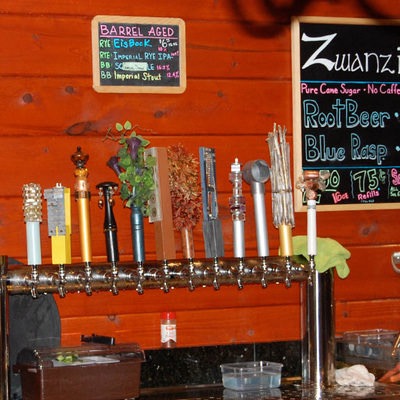 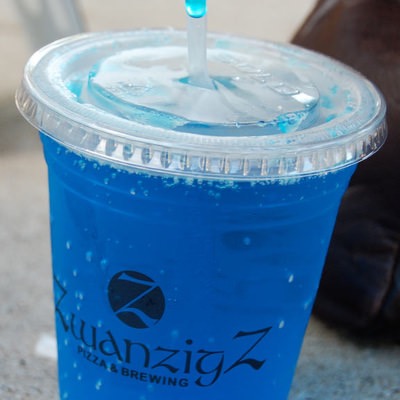 Covering five 5 oz. pours, the sampler ($7) is a good way to taste a variety of ZwanzigZ beers — the honey wheat, a smooth nut brown ale, a very hoppy Triple Z IPA, a bold imperial stout with strong coffee notes, and a memorable chocolate beer (my personal favorite of the bunch).

Customers can order beer on-site at the restaurant, and even get a glimpse of the brewing vats through windows in a small 21-and-up pub room just off the main counter. Pints at ZwanzigZ sell for $4, pitchers for $12 ($9 on Mondays and Wednesdays) single 5 oz. samples for $1.75, and growler fills for $9 ($6 on Tuesdays). ZwanzigZ also bottles five of its beers for distribution at Cork Liquors store locations throughout Columbus and several outlets in the Indianapolis area.