The back story
of Large Arch

LARGE ARCH was created by sculptor Henry Moore and installed on the Columbus, Indiana library plaza in 1971. Chosen for the public plaza after library architect I.M. Pei suggested that Moore’s amorphous style would contrast well with the rectilinear qualities of his library and First Christian Church,

It is the centerpiece of the library plaza that is paved with bricks and the arch sits in the center of a slightly raised roundabout. Henry Moore said he was inspired by nature and created the sculpture so that it could be walked through and around.

Large Arch was sand cast in bronze in fifty sections in West Germany and shipped up the Mississippi River to the Ohio, then up the interstate. Similar, but smaller, bronze arches by Henry Moore are on display at the Museum of Modern Art in New York City, the Lynden Sculpture Garden in Milwaukee, and the Nelson Atkins Museum of Art in Kansas City. This is the largest of its kind in the United States.

Xenia and J. Irwin Miller commissioned the sculpture and donated it to the library.

Insight from
the local biography,
The Cathedral Builder

Perhaps no piece of architecture in Columbus pleased Miller as much as the family’s gift of the Large Arch, a bronze sculpture by Henry Moore. He wrote, “We have just finished a remarkable new plaza here. It is surrounded by a 30-year-old church designed by Eliel Saarinen, and a brand new county library by I.M. Pei. In its center is one of the largest sculptures Henry Moore has ever done, commissioned for the spot. This is now one of the great [public] spaces in America … in a most real and human way it has now become a physical and spiritual center of our town. It has made the plaza of which it is the focus of one of the finest spaces in America.”

The Museum of Modern Art owns a smaller, bronze version of this Henry Moore sculpture – their listing states, “Basing the piece on the shoulder-bone structure of a male torso, Moore actually made a simplified skeleton. The shapes of bones fascinated Moore. He was also one of the many artists of his generation who wanted to escape the classical tradition—in his words, to remove “the Greek spectacles from the eyes of the modern sculptor” … In its scale and weight, Large Torso: Arch evokes a natural form—perhaps an arch of wind-smoothed rock. The word Arch in the work’s title also asks viewers to look at that central vacancy, as important formally as the solid bronze. Stripping the skeleton of flesh, and melding it with landscape, Moore gives his work the sense of having been shaped by the long passage of time.” 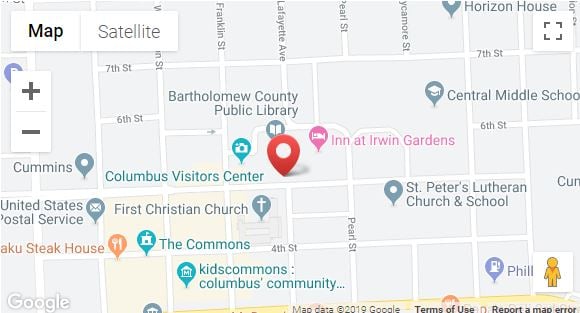 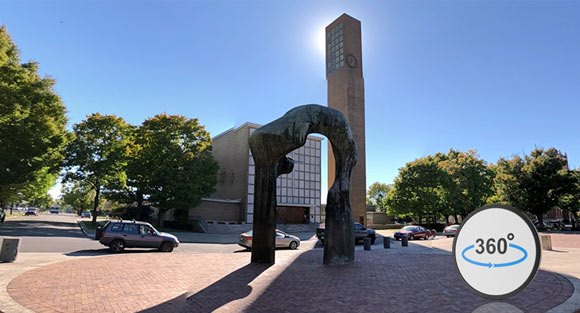 Check out Large Arch on Google street view. Check out a winter panorama of Large Arch