1 / All Posts, Architecture, Arts and Culture 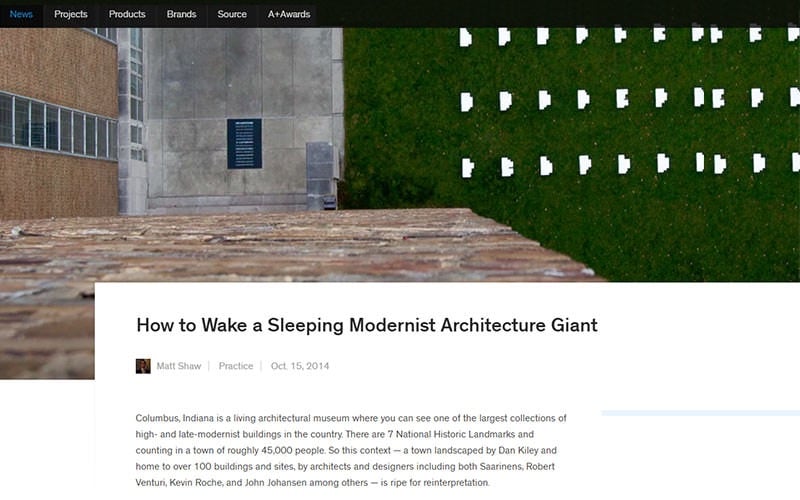 …the forms of the tables not only reference the Golden Ratio, but also the history of the site. The grass replaced a reflecting pool that filled most of what is now the courtyard. In this sense, it recasts the trusty First Christian building in a new way, literally mirroring the golden ratio of the church, but in a series of mass customizable, digitally produced forms that spark dialogue with the rational, Fordist elements of Saarinen’s 1940s modernism.

The horizontal, gridded field of tables is respectful of the history of the building, nodding to the church’s monumentality while maintaining a strong dialogue with both the site and the city. It integrates — both in its forms and its means of production — with a lineage of Columbus which has held up remarkably well via a strong, progressive arts community.