SEE AND DO > EDUCATION AND HISTORY 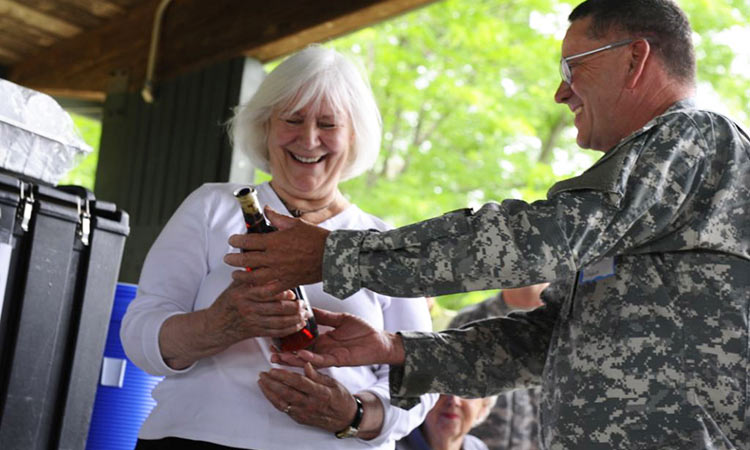 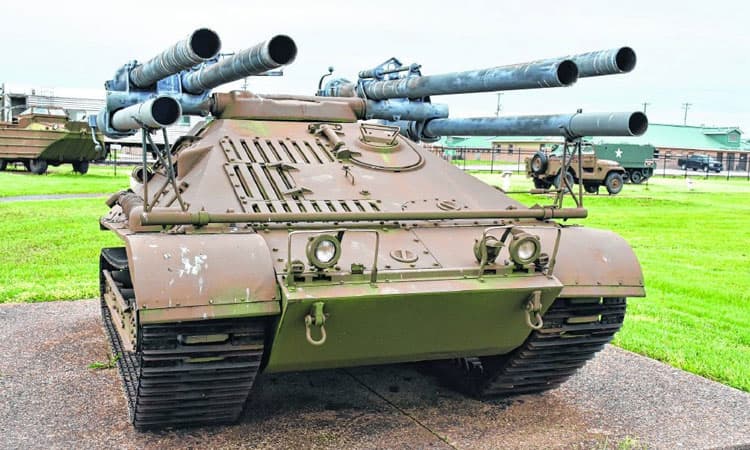 The Prisoner of War chapel, also called the “Chapel in the Meadow,” is a reminder of the rich history of Camp Atterbury and the men from Italy and Germany who were Prisoners of War at Atterbury during World War II.

The Muscatatuck Museum displays memorabilia from throughout the history of the hospital and includes historical programs to present to the community for ages 5 and up, educating the local populace on the past and future of the facility. 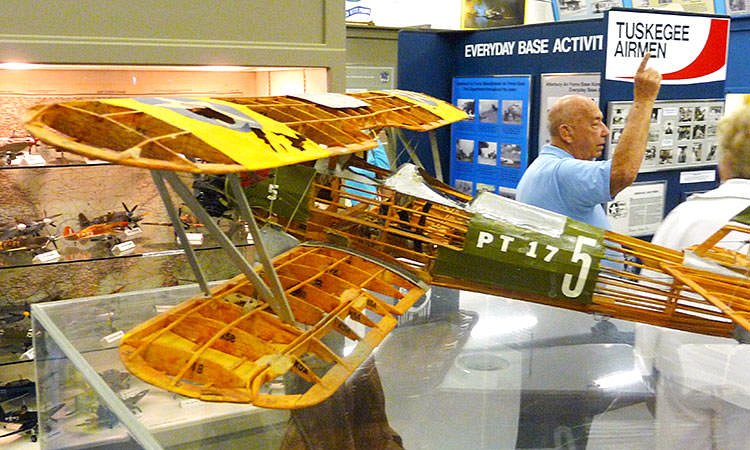 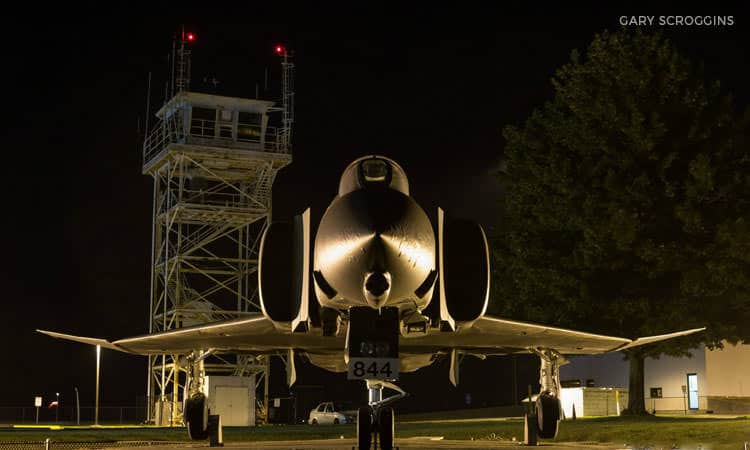 History-loving kids and parents will enjoy Bakalar Museum, a no-cost attraction that features memorabilia from World War II. Learn about glider pilots and see the cockpit of a glider, just like the ones that coasted into Normandy. Learn about the WASPs, the Women Air Force Service pilots, like local veteran Jeanne Lewellen Norbeck, a test pilot who was anything but conventional. (The fighter jet shown is right across the access road from the museum.) 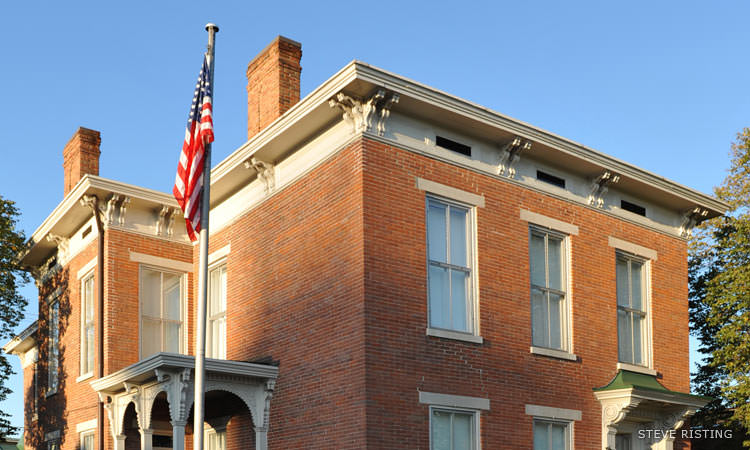 The Historical Society museum is located in a restored Italianate home and features rotating exhibits. Open Tuesday through Saturday 9:00 a.m. to 4:00 p.m. or by appointment. 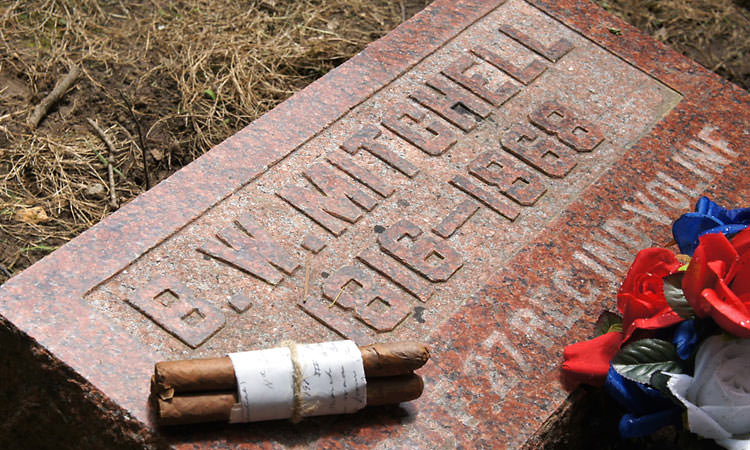 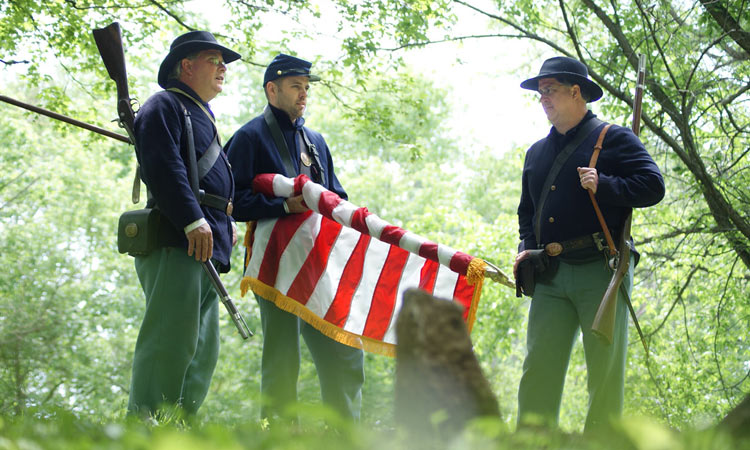 An unlikely hero of the Civil War, Barton Mitchell played a pivotal role in the Civil War on Sept. 13, 1862, in Maryland, when he happened across General Lee’s Lost Order, rolled around three cigars at his company’s campsite. The aftermath of that event is said to have changed the direction of the Civil War, by warding off a devastating attack on Union forces in the North, and stalemated Gen. Robert E. Lee of the Confederacy.

And all that history was changed by a man who would later settle near Hartsville in Bartholomew County. His name was Barton Mitchell, and he is the undisputed finder of Lee’s “Lost Orders,” which revealed the strategic plans and location of General Lee’s army. Because of Mitchell’s discovery, the Union was able to overcome Lee’s army in what became the Battle of Antietam – the bloodiest day in American history. Winning this battle gave President Lincoln the confidence to issue the Emancipation Proclamation, and Barton Mitchell’s role became a legendary stroke of good fortune in the history of the Civil War. 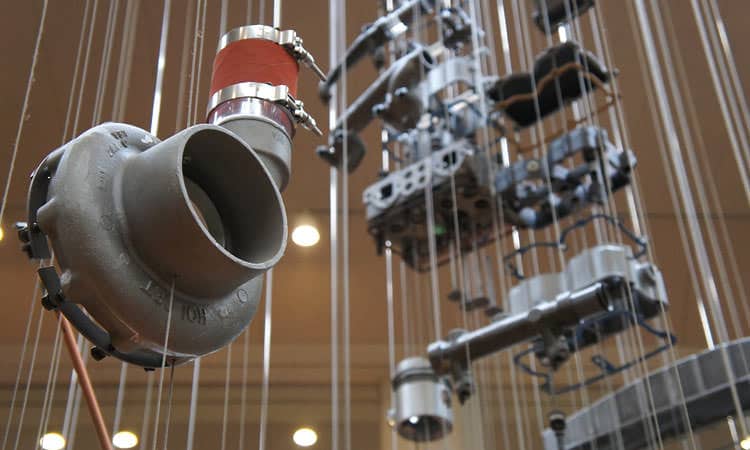 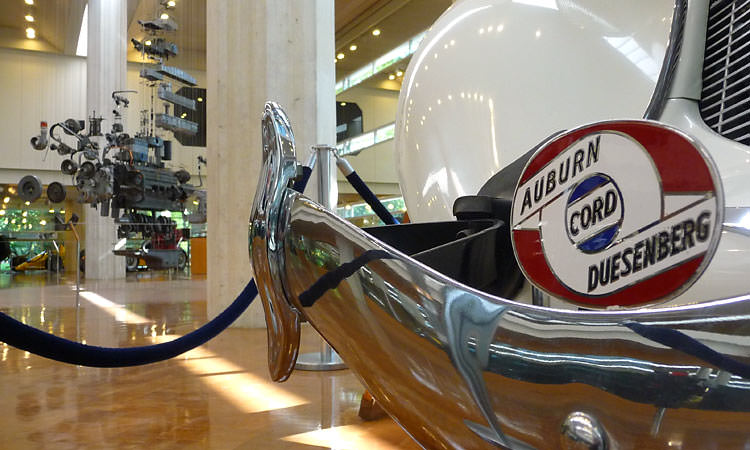 Closed for renovations until late 2018

The Cummins Museum demonstrates Cummins’ dedication to design by taking industrial equipment out of the shop and proudly displaying it as inspiring product design. Step inside the public lobby of Cummins global headquarters to view displays that tell the story of Cummins and its diesel engines with imaginative and creative displays. The centerpiece of the museum is a large engine that has been disassembled into its four hundred parts and suspended by steel cables over a two-story space. The one-of-a-kind “Exploded Engine” installation, designed by prominent graphic designer Rudolph de Harak, is sure to make an impression – reviewer J.C. from California commented on Yelp, “It looks like an exploded drawing of the engine in three dimensions.”

You also can a diesel-powered 1930s Auburn Cord Duesenberg, a collection of restored engines, cranks and camshafts, hands-on displays of current engines, a film history of the company, and a graphic timeline of company history, with tributes to the genius engineer Clessie Cummins, who was behind so many of the company’s innovations. There’s also a unique fifteen-foot tall tube that becomes a kind of 3D infograph, in that all of the materials (such as steel and aluminum and rubber) that can be found in a Cummins engine are represented proportionally, by the actual materials! And then there are the popular Indy 500 race cars on display. Two of them raced in the 1935 Indy 500, the No. 6 white car with a Duesenberg chassis and a four-stroke engine, and next to it is the engine for the No 5 car – which had been experimentally converted to a two-stroke design and ended up finishing the 1935 race in 12th place. You can also see the first diesel-powered race car in the Indianapolis 500, along with a 1952 film showing the race car in action. The 1952 Indy 500 car was so revolutionary for its time some thought Cummins was sandbagging the competition because the Cummins team, headed by Clessie’s brother Don, had created a turbocharged diesel engine mounted on its side in a dramatically lower chassis which resulted in an unusually low center of gravity. Renowned chassis builder Frank Kurtis reportedly said, “We’ve got a rocket ship here.” The car not only won the pole position that year, but also clocked in nearly four miles per hour faster than Ferrari’s 12-cylinder race car.

The beautiful #25 Cummins Holset Indy 500 car on display has its own compelling story. Two weeks before the 1987 race, Cummins and Penske Racing made the fateful decision to enter, and drafted three-time Indy 500 winner Al Unser Sr. to get behind the wheel one more time. But the car had not only been retired from racing, it was in on display at a Sheraton hotel in Reading, Pennsylvania! With only two weeks to prepare, the teams pulled the car from the display and quickly prepared it for its return to racing. Unser’s three Indy 500 wins helped him make strategic pit decisions during the race, and managed to move into first place on the final lap for the dramatic win, now considered one of the biggest upsets in Indy 500 lore. The win put Unser, still the oldest driver to win at Indy, in an elite group who have won the race four times – the car that helped him get his fourth can be enjoyed by Indy 500 fans in the Cummins Museum.

The museum is located in the public lobby of the corporate headquarters in downtown Columbus. The museum is open Monday through Friday from 9 a.m. – 5 p.m. 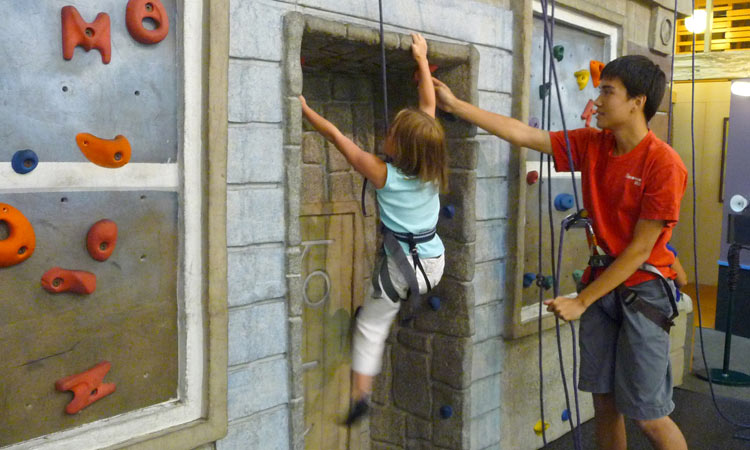 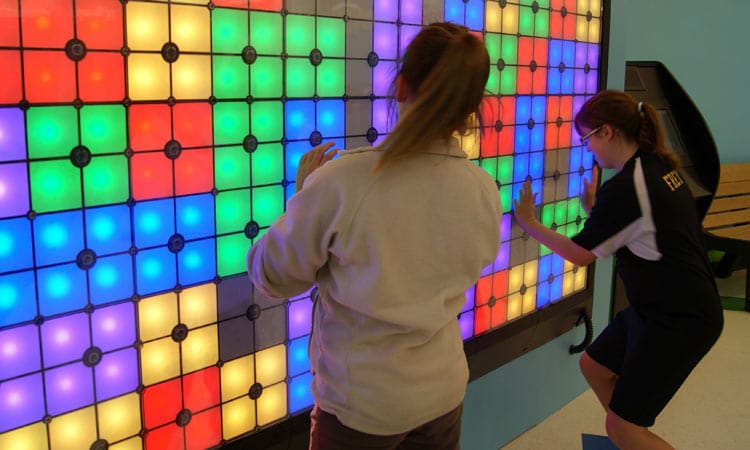 Kidscommons offers families with toddlers to early teens a vibrant, safe setting where they can explore together our three floors of hands-on, interactive exhibits. Guests all enjoy designing their city of the future in City by Design, climbing our 17′ wall that replicates the front of the building, creating a masterpiece in the Kids-at-Art studio, learning about another culture in Our House Japan, and taking a trip down our world famous giant toilet in ExploraHouse, while learning about the ins and outs of a house. Birthday parties and after-hours rentals are also available. Special programs for schools, Scouts and the general public are conducted on a weekly in-house basis to enhance guests’ experience. 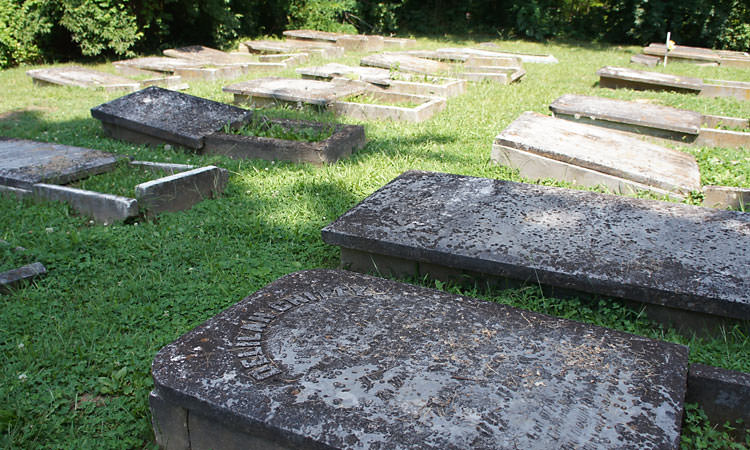 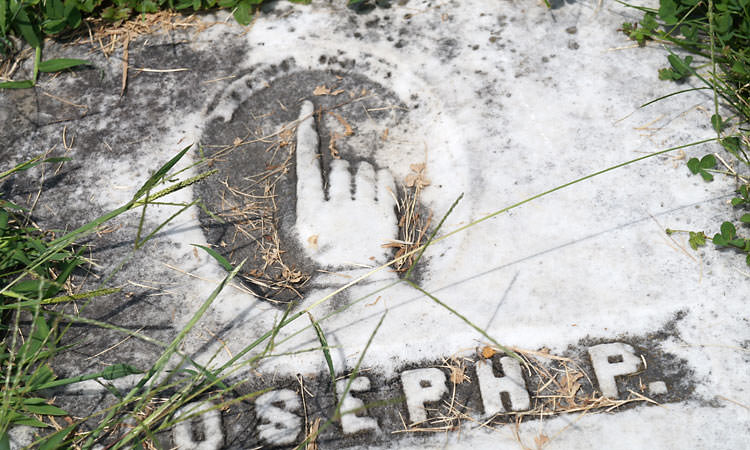 Behind the Moravian Church, just off the town square
Map it

God’s Acre, the historic section of the Hope Moravian Church Cemetery, has 1,070 graves. Burial is by a traditional choir system, meaning there is a section for boys, unmarried men, married men, girls, unmarried women, married women, and paupers. This follows the early Moravian custom of burial as done in Herrnhut, Germany, the place where Moravians found sanctuary from religious persecution.The earliest grave is from 1833. Gravestones are flat, a symbol of the Moravian belief of equality in death. Several gravestones have a flat slab with a footer area that is suitable for flower planting. This style of gravestone, a mix between a box tomb and cradle, is unique to this cemetary in Hope, Indiana. 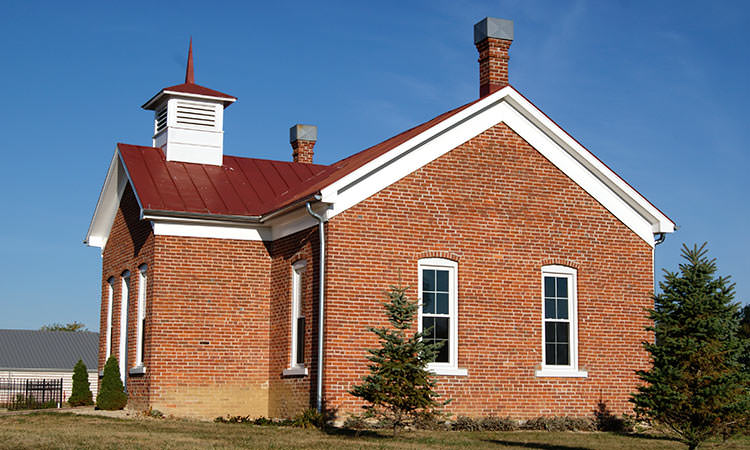 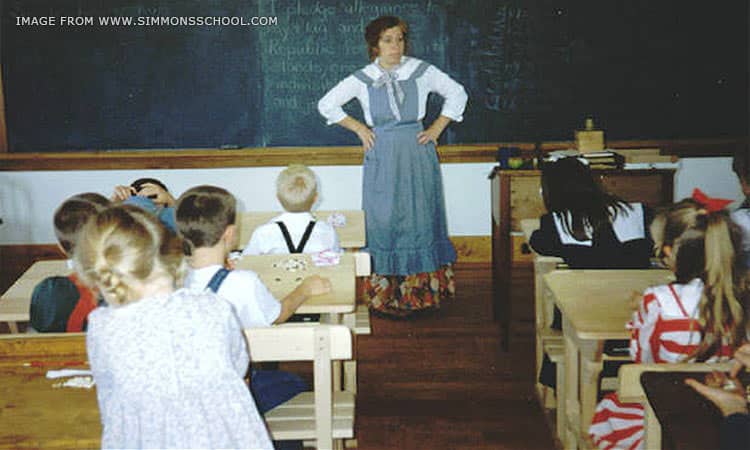 A step through the door of Simmons School will take you back in time one hundred years to a simpler life. This restored one-room schoolhouse hosts field trips for students, meetings for organizations, and first-person presentations or programs about the past. 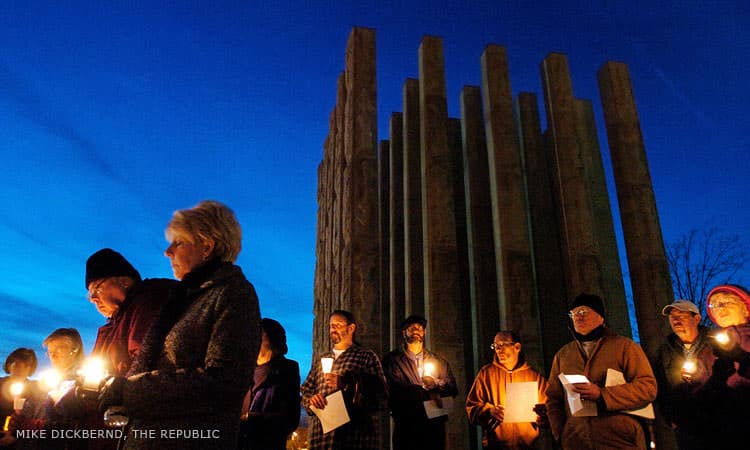 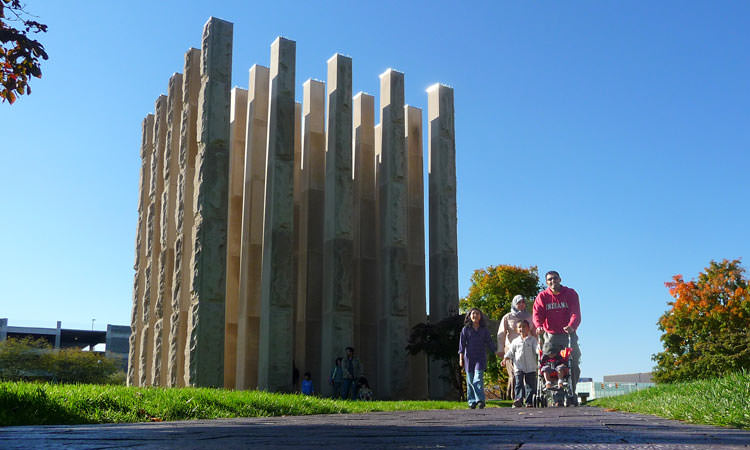 On the Courthouse Square
Map it

The Bartholomew County Memorial for Veterans has twenty five limestone pillars, each 40-feet high, in a five-by-five grid. Engraved on the columns are the names of those who gave their lives, along with excerpts from selected correspondence. Though large, the piece offers a meditative and intimate experience from the letters to and from the soldiers. The memorial was designed by Thompson and Rose Architects and received the Boston Society of Architects Unbuilt Architecture Design Award in 1996. 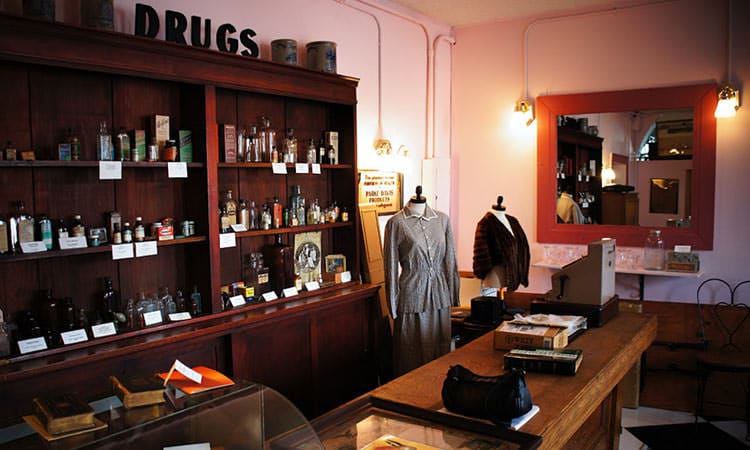 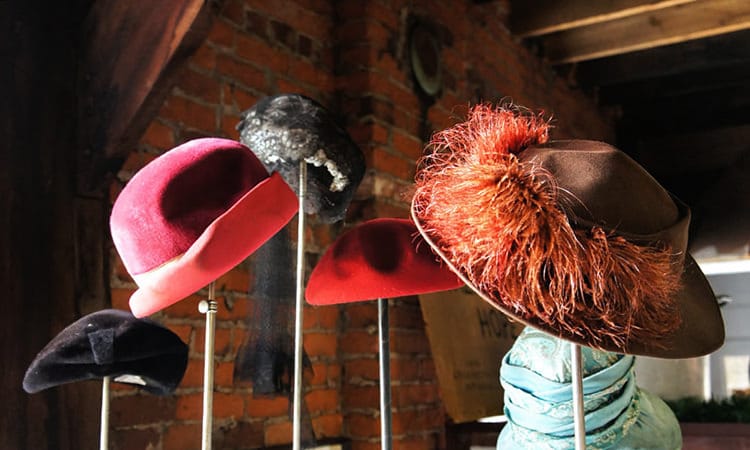 On the square, Hope, Indiana
Visit the Yellow Trail on Facebook
Map it

This unique, country museum explains the history of Hope, Indiana, a Moravian community founded in 1830. Nearly every artifact in the museum has been loaned or donated to the museum by present or past residents of the community. 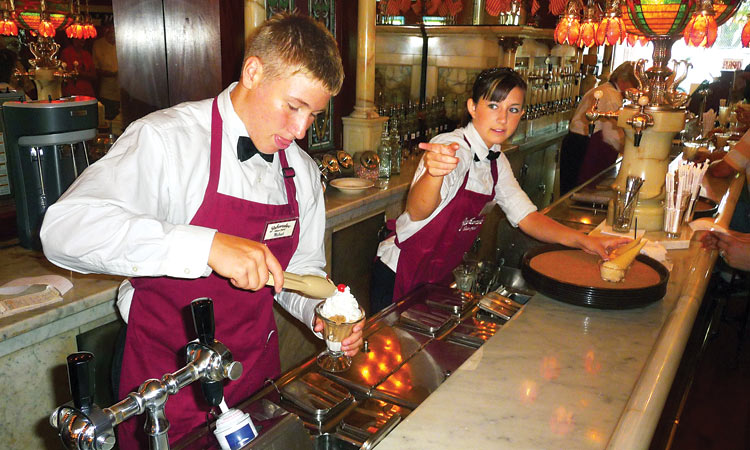 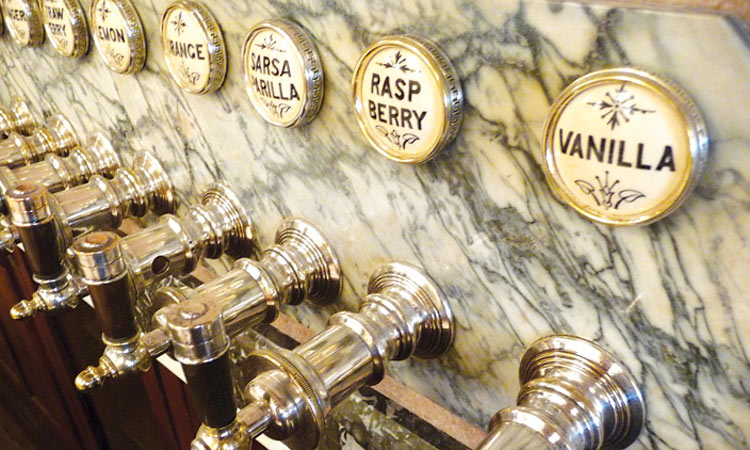