Nothing Wrong with a Little Chaos 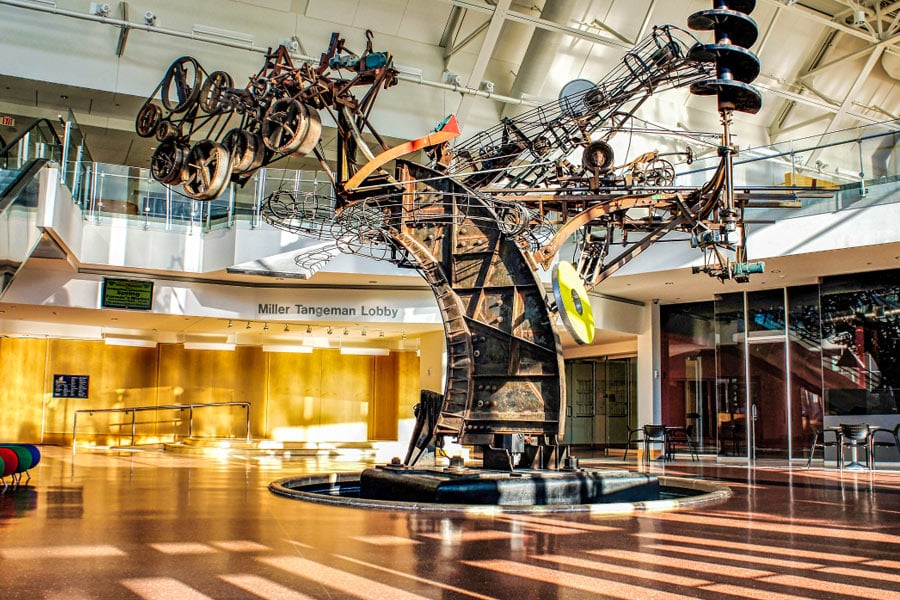 Columbus, Indiana, is home to a 30-foot tall, mammoth sculpture in the center of The Commons, downtown. Weighing seven tons, this work demonstrates how engineering and art sometimes go hand in hand. The sculptural machine is called Chaos I, which is particularly fitting. This downtown marvel has been a local fascination for decades and is one of Columbus’ most iconic pieces of public art.

In the early 1970s, Swiss artist, Jean Tinguely, was commissioned by the Miller family during Columbus’ downtown transformation to create a piece of art that would serve as the centerpiece of The Commons. The intent was to draw people together to talk, watch and spend time examining this spectacle. Tinguely was inspired by Columbus for its engineering prowess and architectural prominence. He lived in Columbus for two years while creating Chaos I, his largest piece of work in the United States.

Tinguely was inspired by the motion and randomness of life, so when he was tasked with creating the clock-like sculpture with movement, he had a grand vision for something that mimicked the chaos of life. After Tinguely conceived the idea for his sculpture, he turned to the community for the materials and expertise he would need to fabricate the piece.

Tinguely searched for scrap metal and interesting pieces at a local scrapyard. In addition, a gargantuan ball bearing and twelve electric motors were manufactured and supplied by local companies. With all the materials in hand, Tinguely commissioned a local electrical engineer to synchronize the motors’ electrical panels so that all parts of the sculpture would move according to his vision. Three years after Tinguely was commissioned to create the piece, Chaos I was dedicated in May 1974.

By design, colorful rotating parts branch out from the dark center. The arms of the structure gently glide by one another, then suddenly move quickly in a seemingly erratic pattern. These movements demonstrate the chaos Tinquely had in mind. At times, steel balls roll and crash through a caged rack creating cacophonous sounds, making this a multi-sensory experience.

To preserve the sculpture, it functions fully during designated times. Visitors can see it fully come to life a few times a year. To see Chaos operating in its full range of motion during 2022, visit the Commons from noon-1:00 pm on June 21, July26, August 16, September 20 and October 11 for Chaotic Tuesdays! 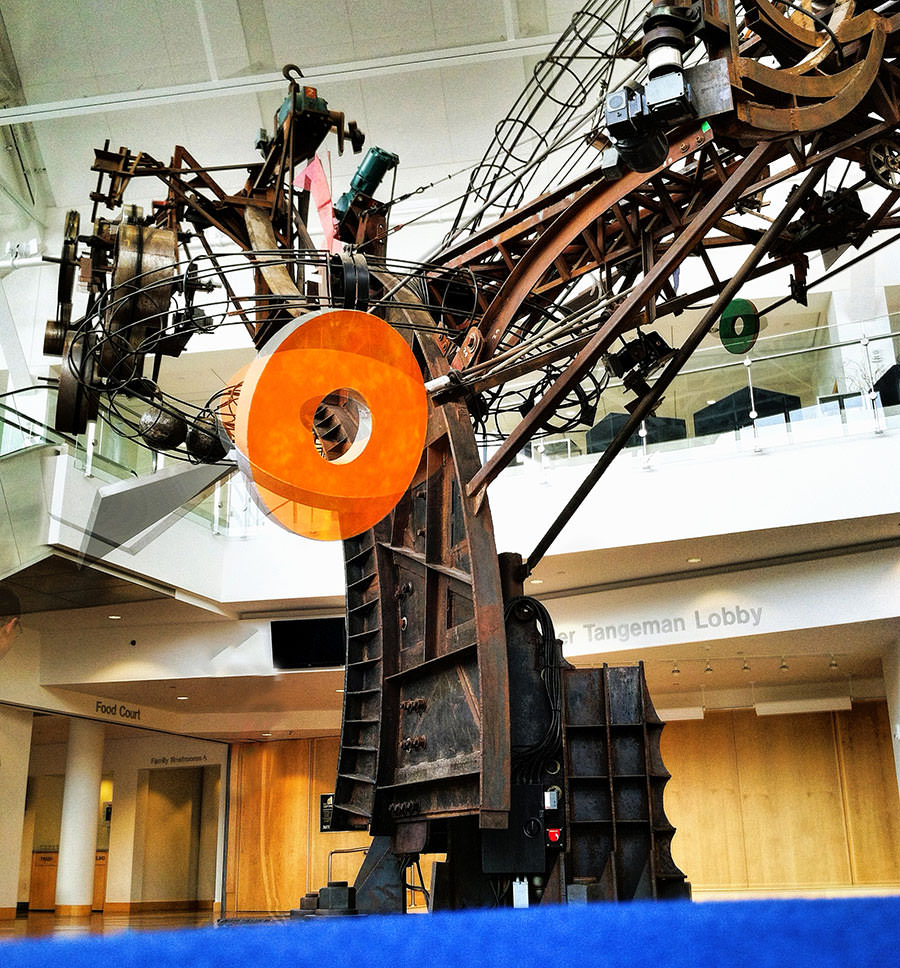 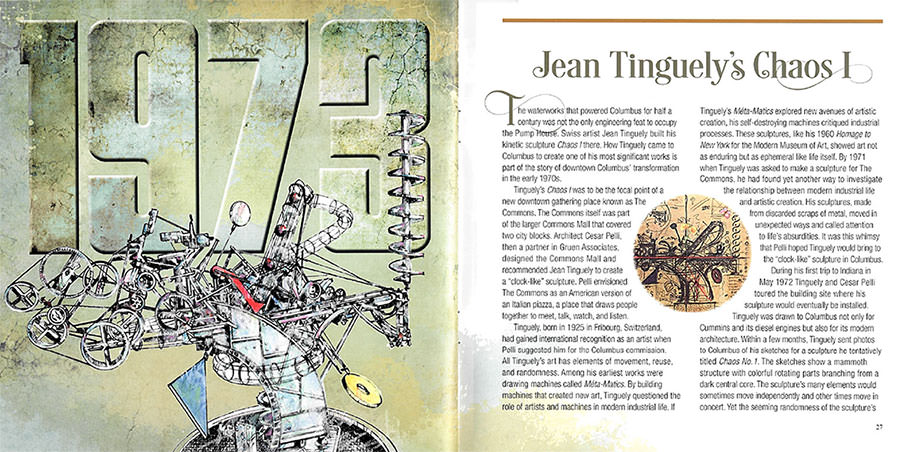 Find out much more about Chaos I and read the back story of the creation of Chaos at the Pump House.