The Landscape Architects of Columbus, Indiana

Whether you are a weekend gardener or a student of landscape architecture, you can appreciate the way the landscaping compliments the great buildings of Columbus from modern masterpieces to historic homes to farmhouses. Just as Columbus is a showcase for modern architects, it is a who’s who of modern landscape design. You will see hidden jewels of modern landscape designs that feature clean grid patterns, well-trimmed shrubs and trees used in a linear fashion to compliment the modern architecture. 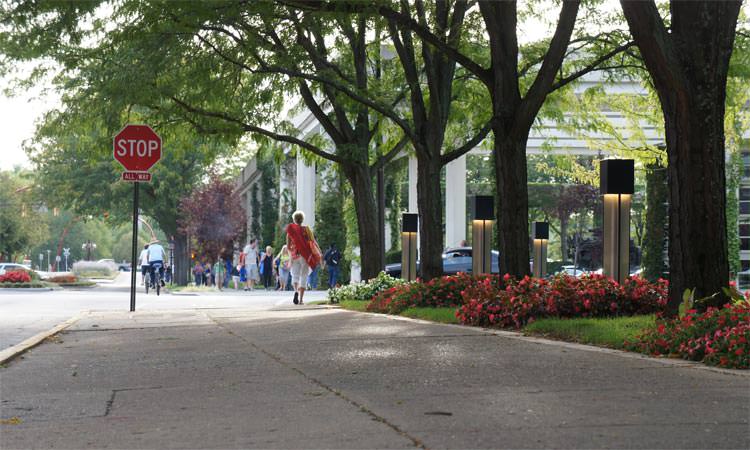 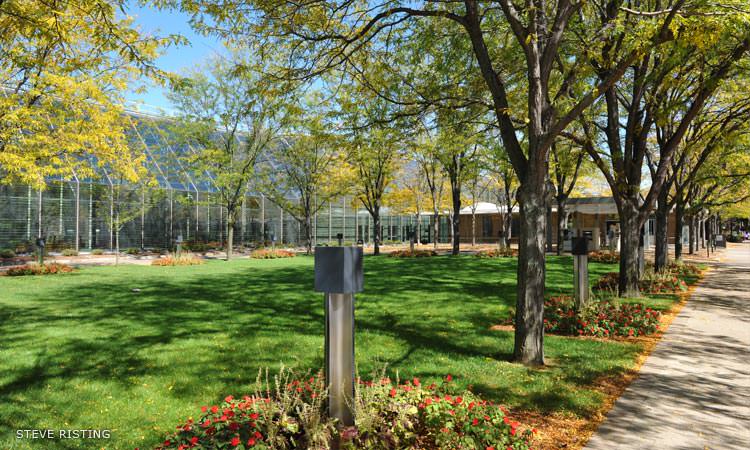 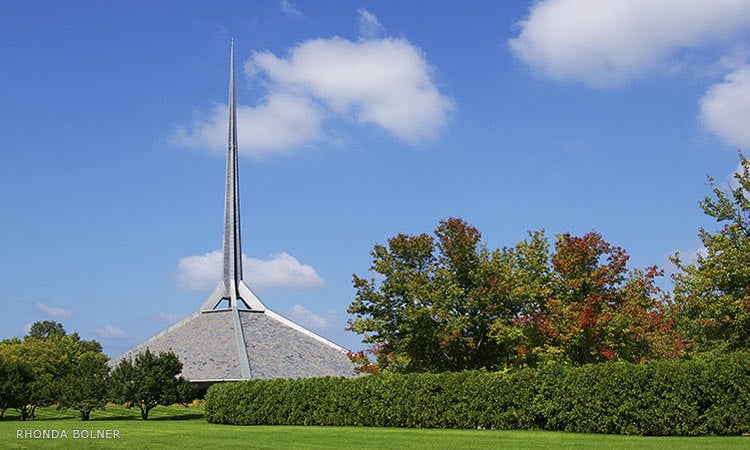 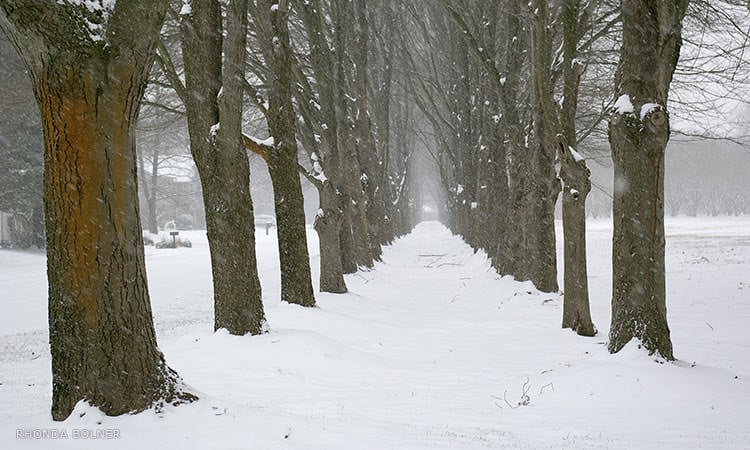 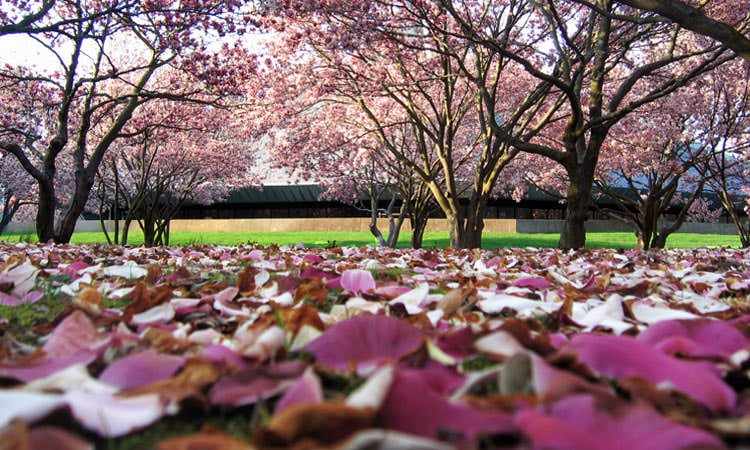 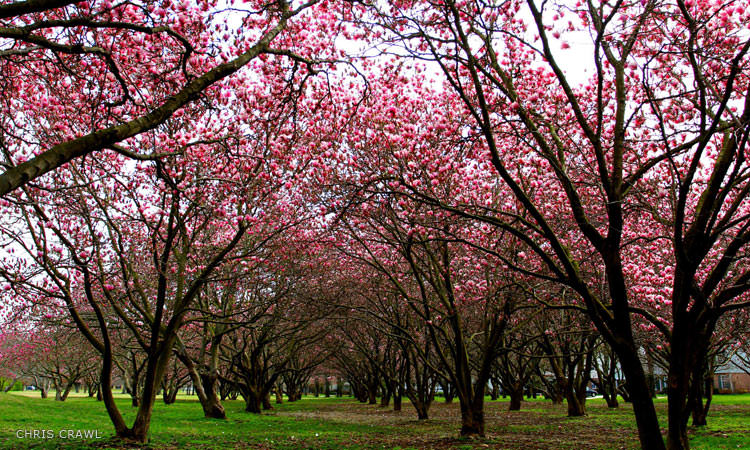 DAN KILEY
Dan Kiley has been dubbed “the supreme master of the modern garden” – his designs include John F. Kennedy Library in Boston, Pennsylvania Avenue in Washington, D.C., The Gateway Arch in St. Louis, and Independence Mall in Philadelphia. Kiley worked on more than 30 projects in Columbus, Indiana – most notably Miller House Garden and North Christian Church.

Learn much more about Dan Kiley… 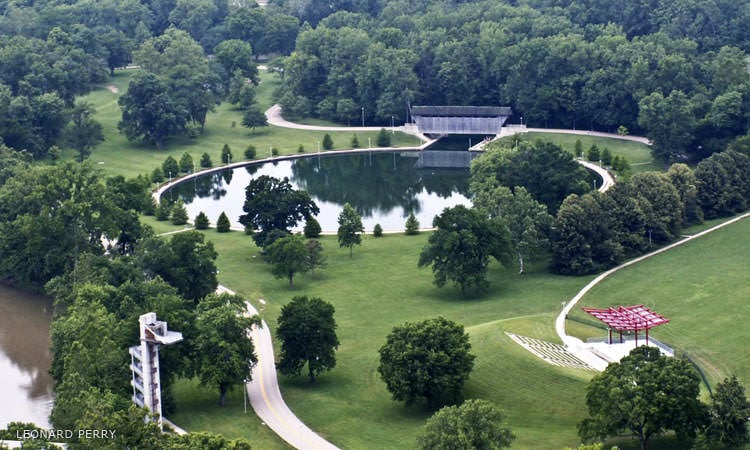 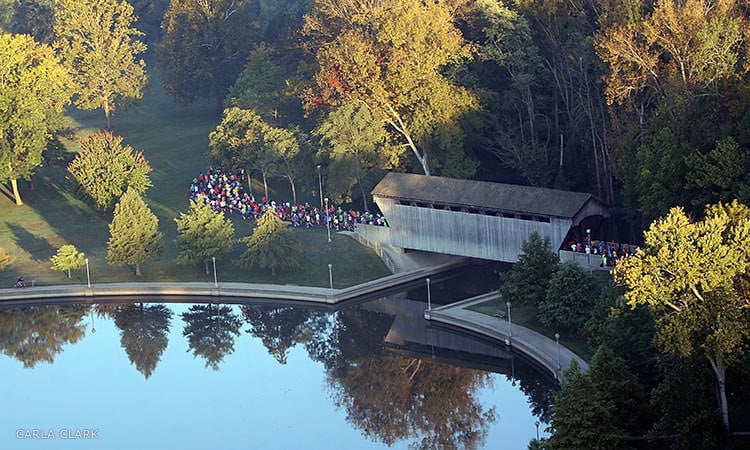 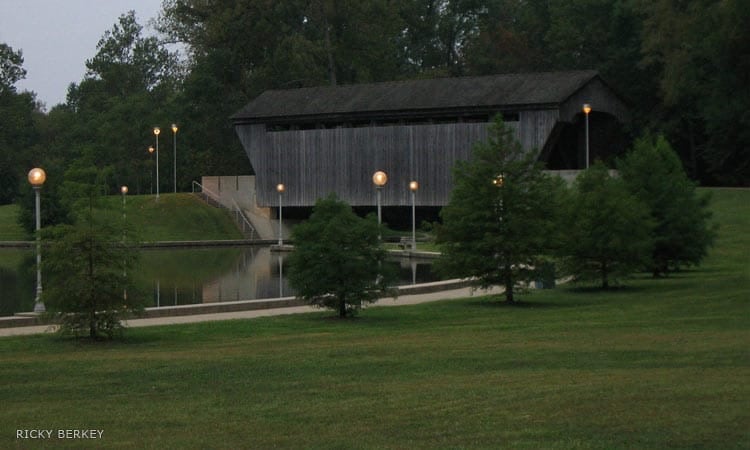 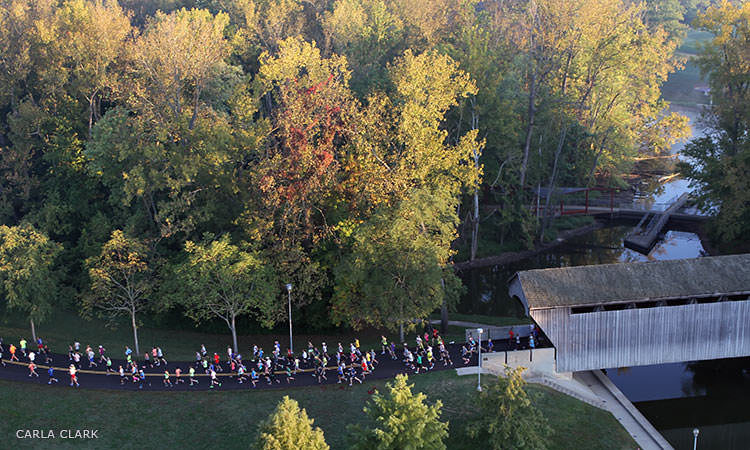 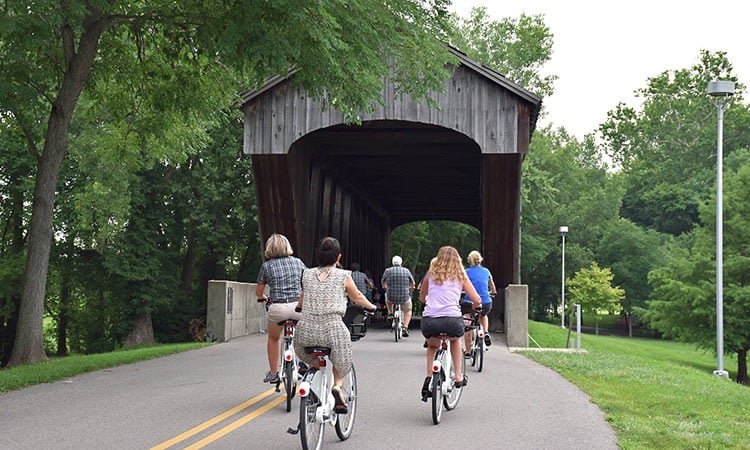 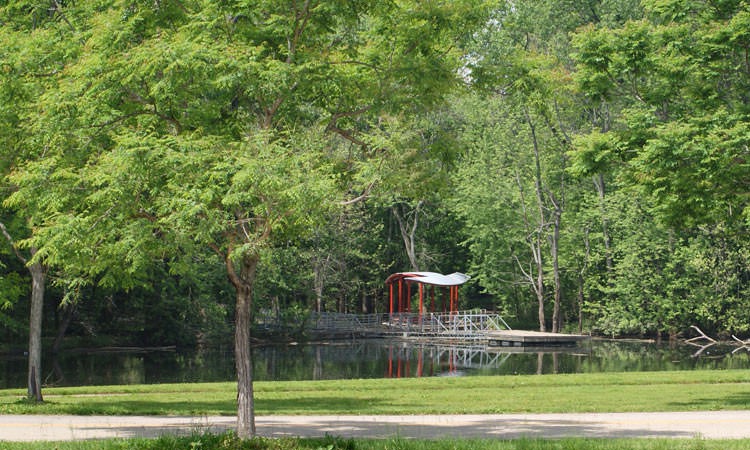 Mill Race Park, the crown jewel of the Columbus Parks System and the anchor to the 27-mile People Trails, is a beautiful and nationally recognized downtown riverfront park. The park was named by Landscape Management magazine as one of the top 100 properties in the United States. Considered a remarkable story in landscaping circles, the former “death valley” was transformed into a stunning park that became the heart of the community’s green space efforts.

Recognizing that the park land is prone to flood, the plant materials that were chosen to withstand flooding. The structural materials of the Park, designed by Stanley Saitowitz, are made from red steel tubing, concrete, glass block and corrugated metal – all capable of standing up to high water.

Once an eyesore, now Mill Race Park is a community gathering place, a recreation and entertainment center, and a green buffer zone to a bustling downtown. The project was one of Van Valkenburgh’s early commissions. It won the award for outstanding new U.S. Park from Architectural Record in 1993 and an American Society of Landscape Architects (ASLA) Design Merit Award in 1994.

Van Valkenburgh won the 2003 National Design Award in Environmental Design by the Cooper Hewitt National Design Museum. He is a fellow of the American Academy in Rome and is the Charles Eliot Professor of Landscape Architecture at Harvard’s Graduate School of Design where he has taught since 1982, serving as chair of the Department of Landscape Architecture from 1991 to 1996. Recent projects include ASLA Greenroof Project, Allegheny Park, Wellesley College, and Harvard University.

At an interview in Columbus, Van Valkenburgh said, “It’s in many ways a very typical American city, and the array of the architecture and landscaping architecture that the public has access to is exemplary and it’s remarkable. I never can forget the first time I went to Columbus and arrived in town . . . I passed by Myron Goldsmith’s new Republic building with glass walls, and the orange presses of The Republic were turning, and it was magic, here was this small town with a newspaper and it was all visible from the street – you encounter things like that in Columbus, repeatedly.” 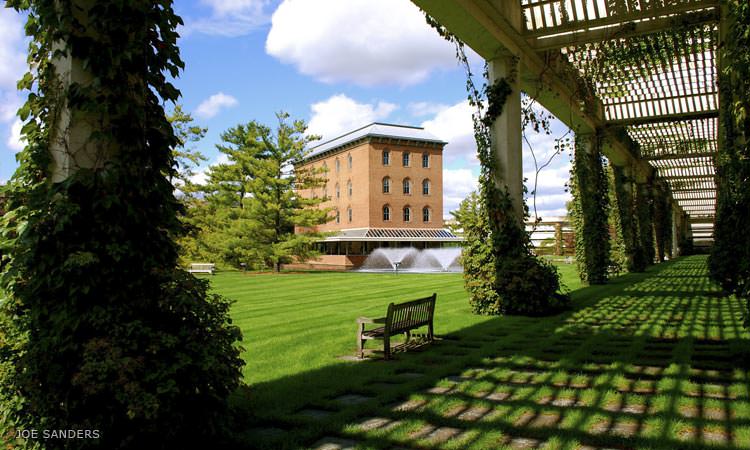 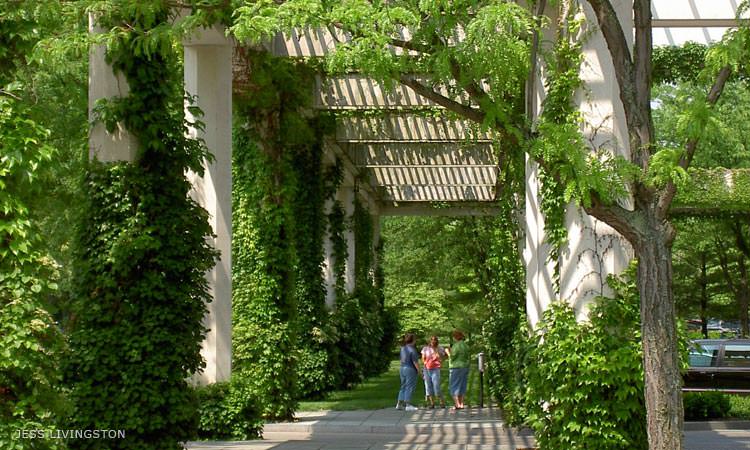 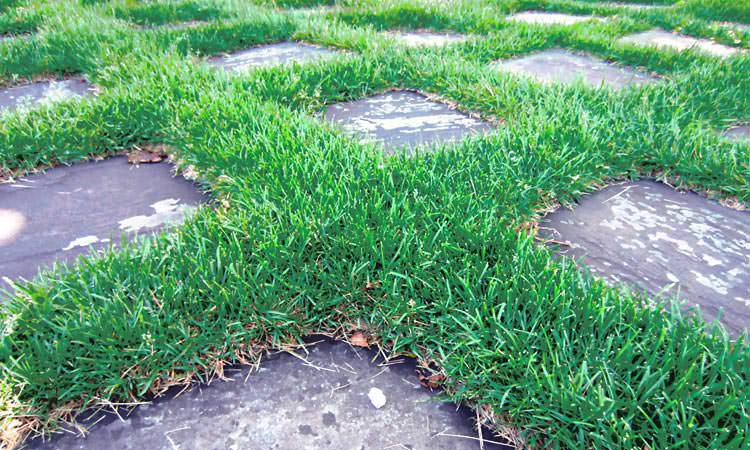 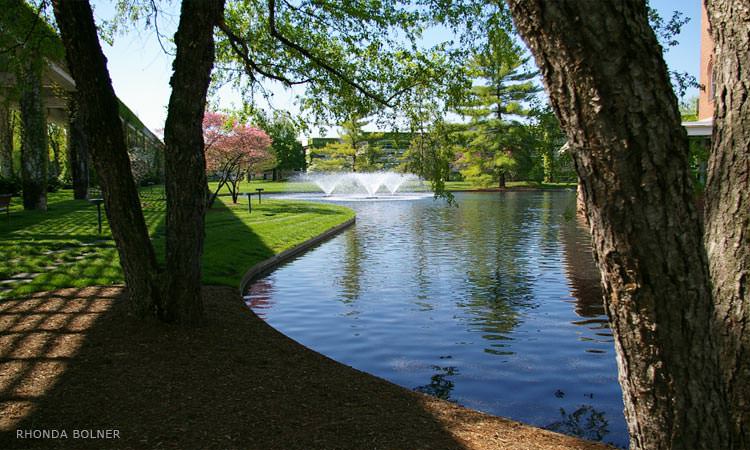 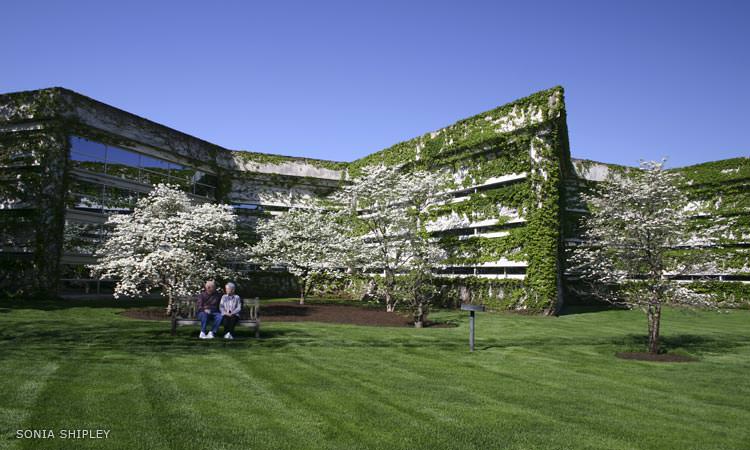 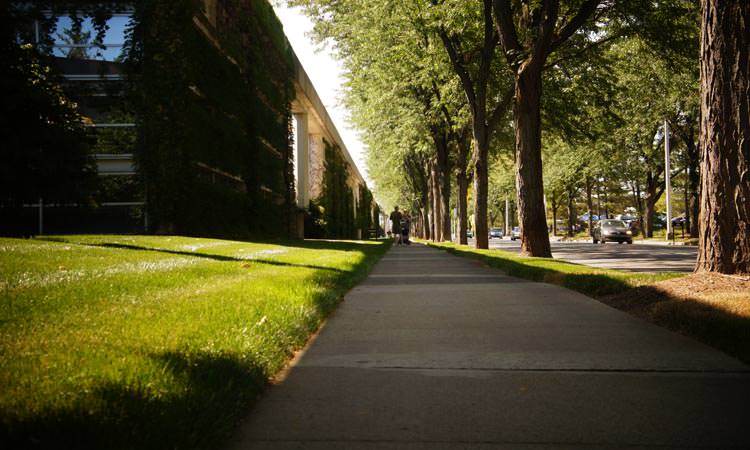 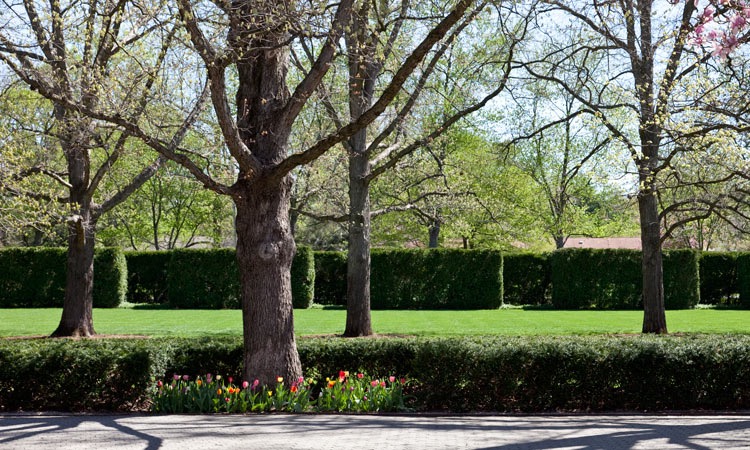 MILLER HOUSE & GARDEN – you can take a guided tour 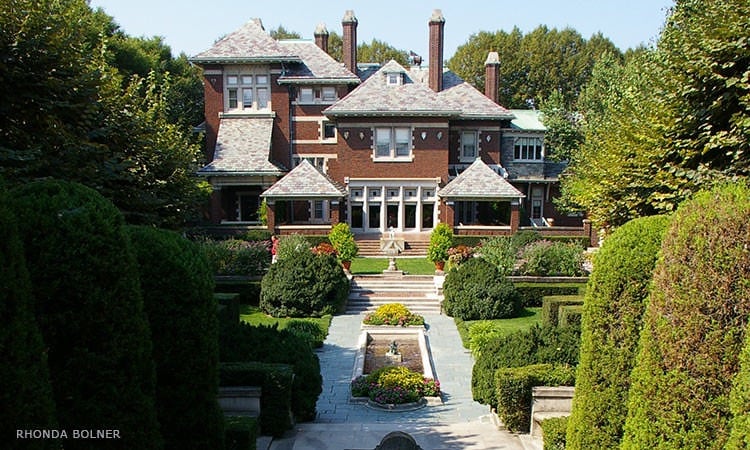 INN AT IRWIN GARDENS – a B&B with a stunning garden