A Community of Dancing Cs

1 / All Posts, Architecture, Arts and Culture 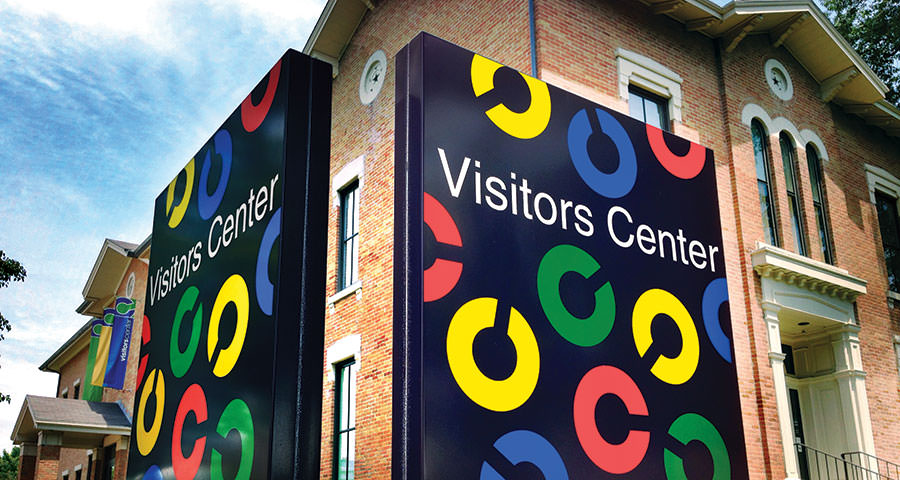 Art, architecture and design are around every corner in Columbus, Indiana. Nothing envelopes the city more than the Dancing Cs. Paul Rand gave Columbus its most beloved icon back in the 1970s that lives on today all over Columbus.

Rand was a modernist graphic designer, known for his seemingly simple and easily identifiable styles. Rand believed that clean, straightforward designs would endure the test of time and still be original and exciting. He designed logos for internationally renowned brands, such as IBM, UPS, ABC and Columbus’ own Cummins, Inc. Many of his designs have remained for decades and are still recognizable today. In the words of Rand, “Design is so simple, that’s why it’s so complicated.”

In 1961, Cummins President J. Irwin Miller turned to Rand to overhaul the company’s logo to something more modern. Cummins believed that corporate branding was an investment into the company’s future. Rand worked with Cummins for over thirty years, designing and creating the company’s iconic look and feel. In Rand’s earliest designs for Cummins, you can see the beginnings of a new C logo. 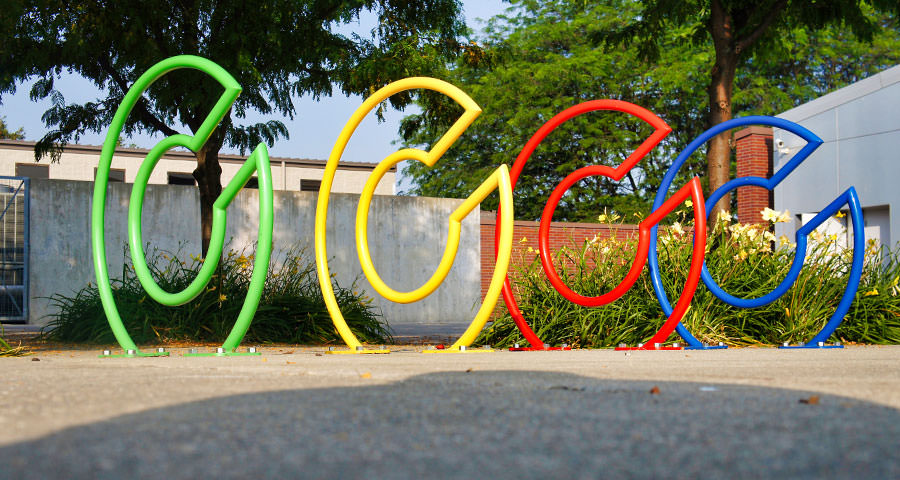 In 1974, Rand designed the cover of Columbus, Indiana: A Look at Architecture. The guide was created by the Columbus Area Visitors Center to showcase modernist architecture throughout the city. The cover was composed of a spattering of letter Cs in five simple colors – red, yellow, blue, green and white. Eventually, the Cs began to tilt 45-degrees in every direction. The playful and popular design became known as the Dancing Cs.

Columbus then officially adopted the playful Dancing Cs as its logo. Over the years, the Dancing Cs have been incorporated into the logos of many different Columbus offices and art. The Dancing Cs in Columbus seem more alive now than ever before. You can spot them nearly everywhere while strolling down the streets. The city’s bike racks, signage, tour markers, city buses and more are adorned with the fresh and exciting characters.

In 2017, the Dancing Cs received their first update in decades when Columbus asked Thirst, a communication and design studio, to reinvigorate the iconic design to help define distinct areas around the city. Today, each of four neighborhoods, has its own identity based on the Dancing Cs.

The next time you visit Columbus, Indiana, stop by the Visitors Center for your own copy of Columbus, Indiana: A Look at Architecture and share your photos of the Dancing Cs using #VisitColumbusIN.