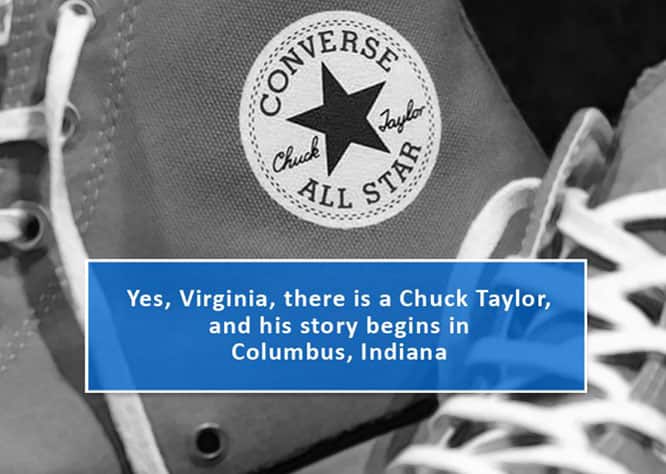 [ THIS PAGE IS UNDER CONSTRUCTION… ]

It all started in Columbus, Indiana

You may be surprised to learn that there was a real Chuck Taylor . . . and . . . he called Columbus home . . . and . . . he got his start right here, playing ball in the historic City Hall, right across the street from the current Visitors Center. 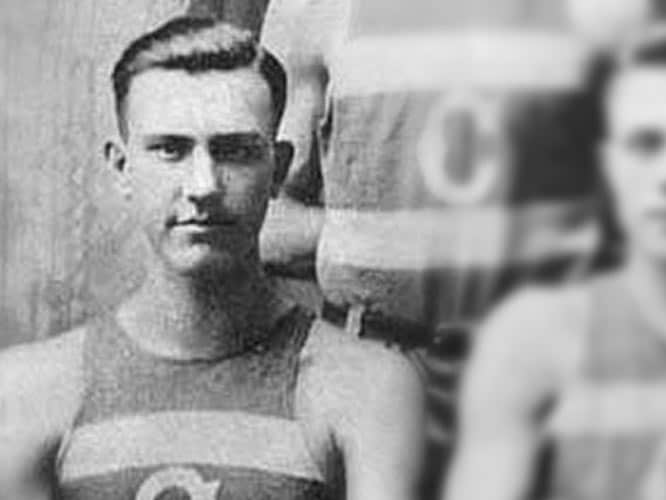 A Bull Dog at the start

Chuck Taylor joined the Columbus, Indiana High School Bull Dogs basketball team in 1915, with no inkling he’d one day become one of the most iconic names in basketball history. 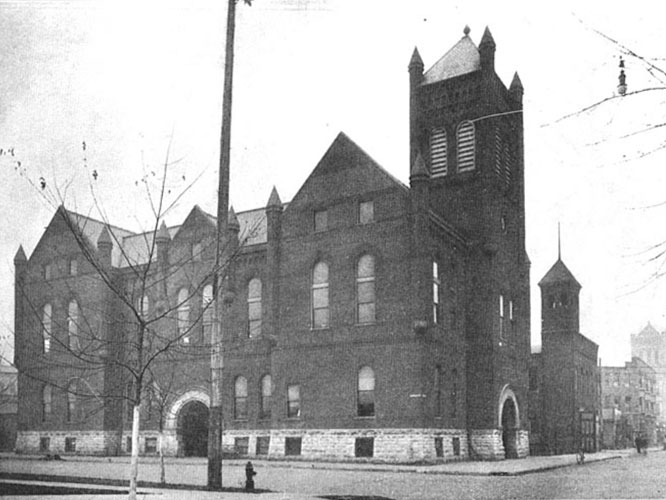 Since it was the earliest days of high school basketball, the team played their games at the former City Hall, because the second floor had nearly eighteen-foot ceilings and room for over 200 spectators. 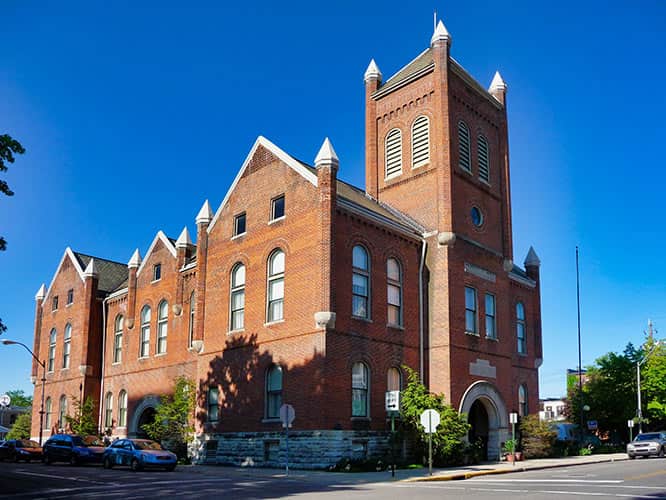 City Hall (as it looks today) was also home court of the Columbus Commercials – a kind of semi-pro team. Chuck played his first pro game one day after his high school team competed in the state finals, in 1919. 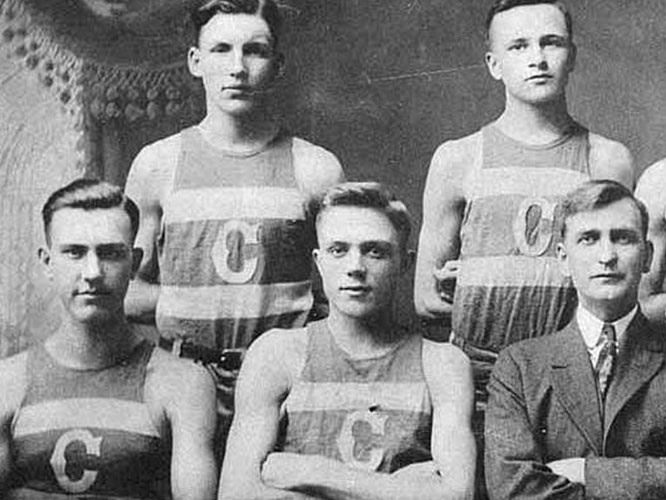 Pursuing a pro basketball career was unheard of in 1919 – just imagine a high school kid heading off to Broadway . . . before there was a Broadway. 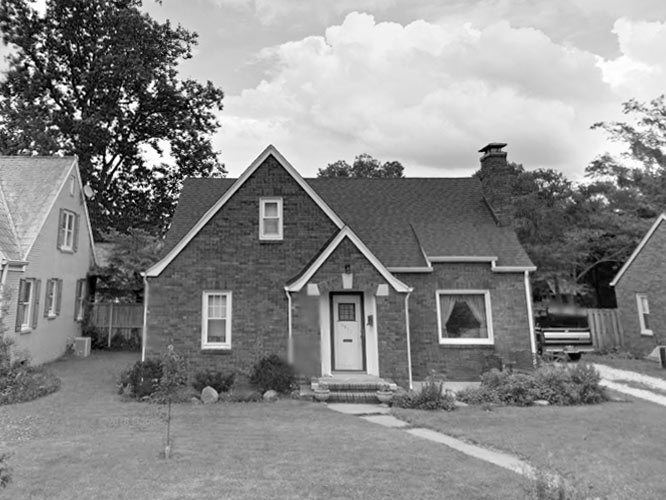 Meanwhile, Chuck’s parents had moved to a modern Swiss chalet–style home a couple of miles north of his old high school in Columbus. Chuck ran  the “Chuck Taylor Co.” out of his parent’s home for years – not the actual house… 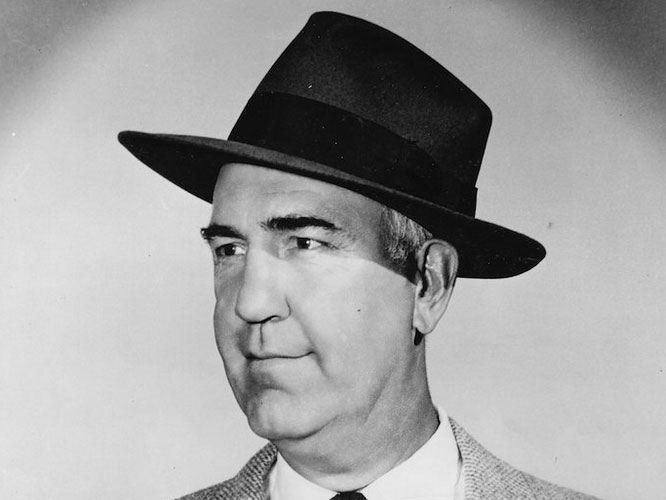 Still more about Chuck Taylor and his exploits and his accomplishments… 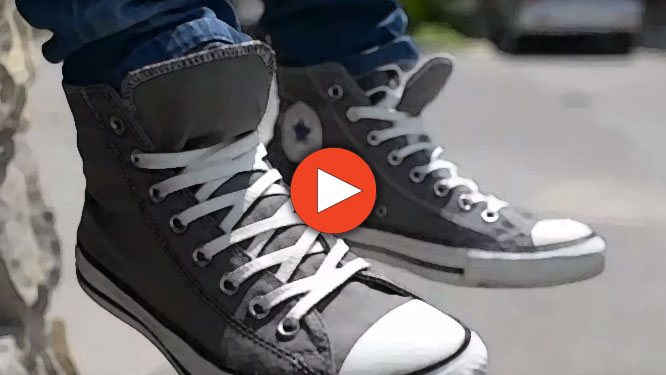 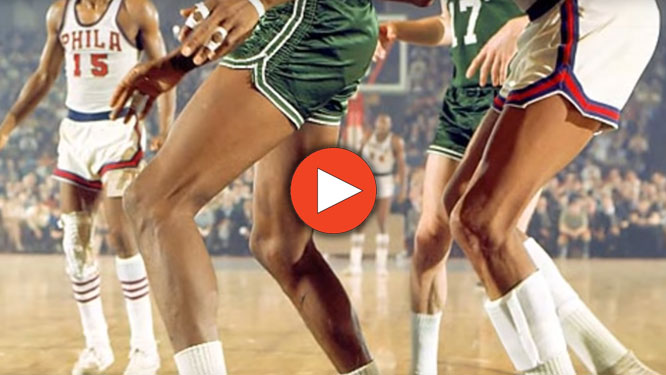 Find out how Converse All Stars rocked the world

Radio shows and podcasts about Chuck Taylor and the Converse shoe

most popular, all time

The foremost authority on tennis shoes talks with the Soleful podcast about the most popular shoe of all time.
. . .
podcast audio
– 36:45 – 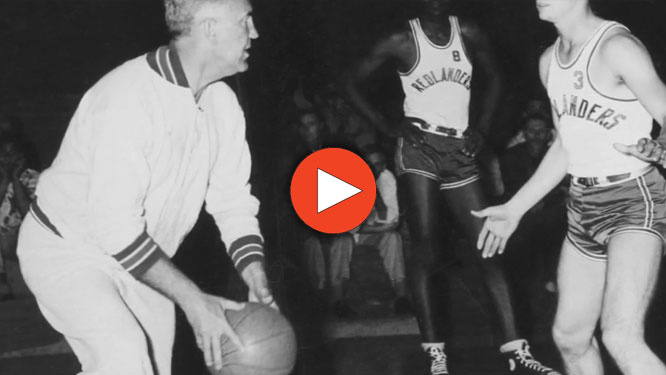 Go behind the scenes at Converse to learn more about Chuck 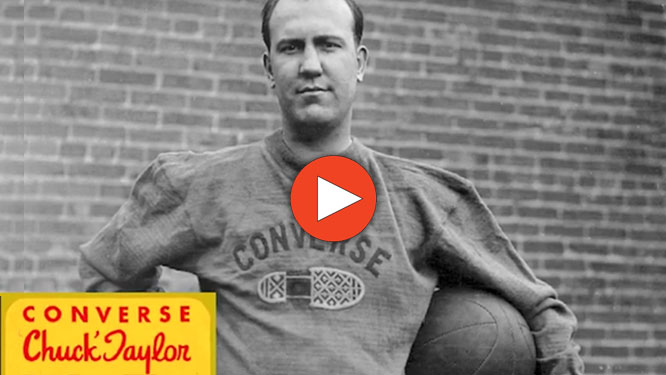 The man behind the shoe

Chuck’s listing at the Basketball Hall of Fame

In the summer of 1921, Chuck Taylor hobbled into a Chicago Converse sales office complaining of sore feet and persuaded executives to create a shoe especially for basketball. Taylor, who was a two-time All-State selection at Columbus High School and a journeyman jump shooter for eleven professional seasons, was an entrepreneur and involved in all facets of basketball promotion.

In 1932, Converse added Taylor’s signature to its trademark five-pronged star shoe, and sent its new basketball ambassador on the road to promote the sneaker. In addition to promoting the Converse basketball sneaker, Taylor also pursued his goal of building players, coaches, and spectator interest in the game of basketball by conducting clinics and demonstrations throughout the country.

Initially, “Chucks” were only available in high or low canvas in either black or white, and sold only in sporting goods stores. Converse All-Stars became the best-selling basketball shoe in history, making Chuck Taylor’s name a household word. 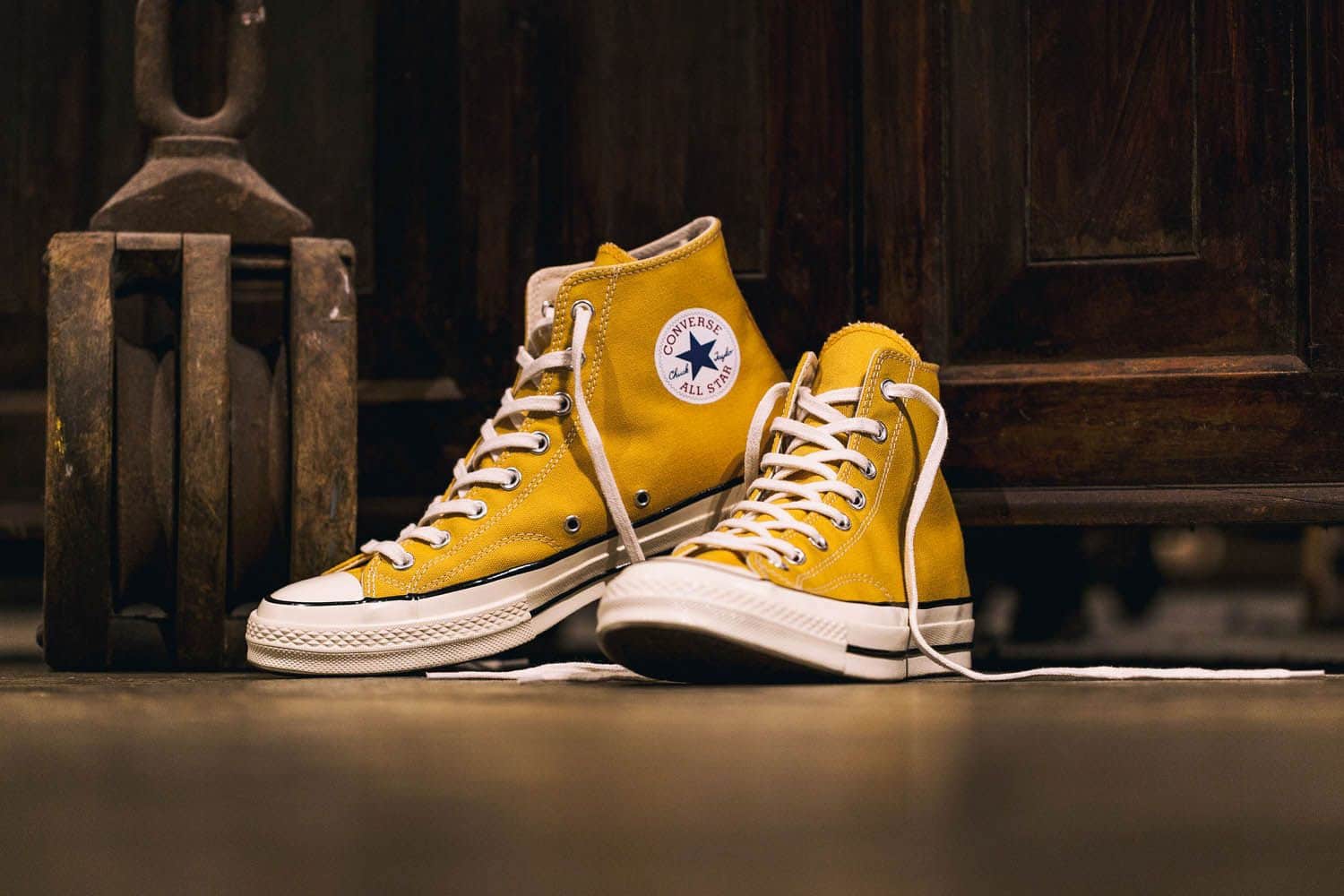 Chucks ain’t just for basketball, as you well know… 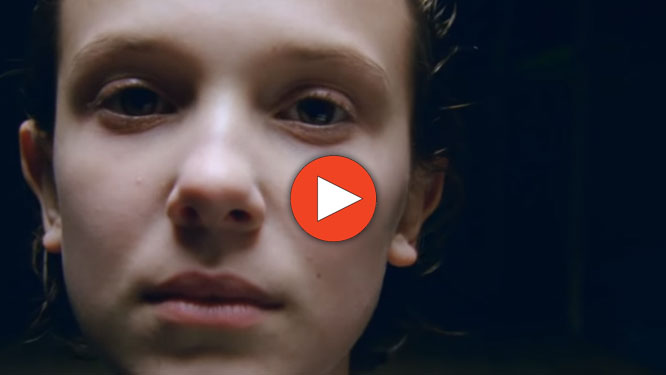 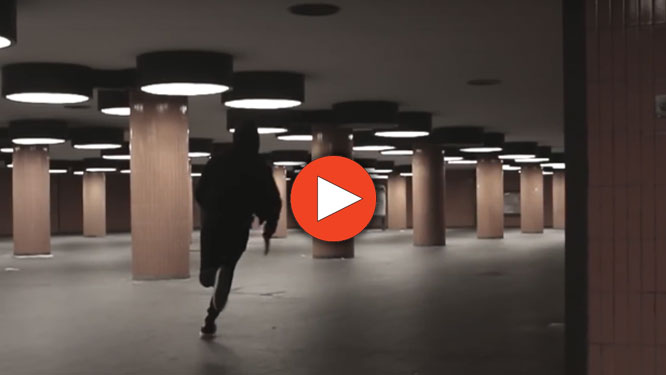 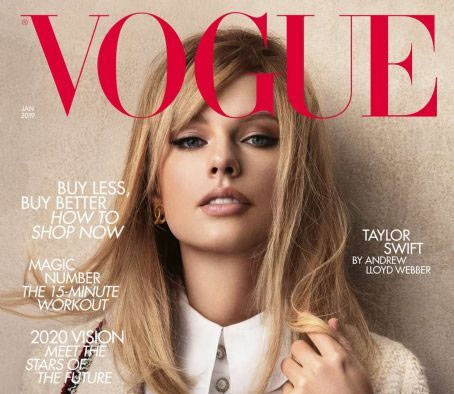 “Not only is there a Chuck Taylor for every occasion, they bring a coolness to every outfit whether you are looking for a basic tennis shoe to wear under trousers or the perfect sneaker to take a dress down a notch. It’s why we always stash an emergency pair in trunks for any shoot for Vogue.”

Seems everyone loves their Chucks!