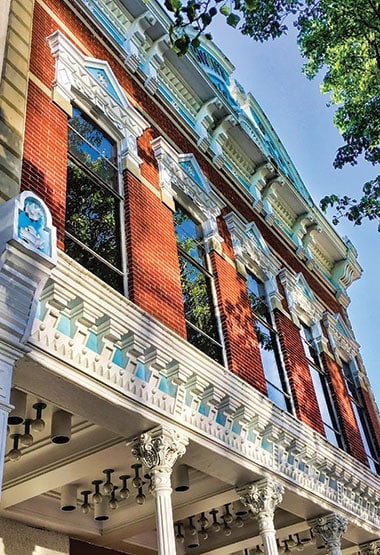 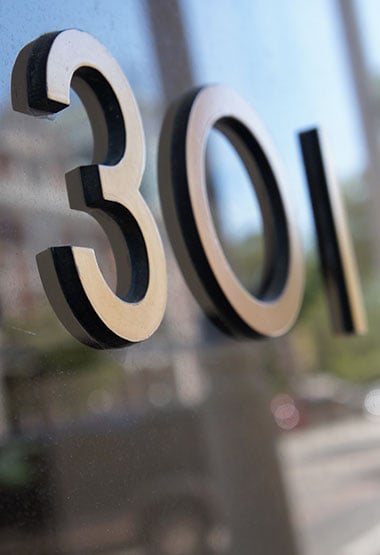 Alexander Girard designed these numbers in brass for the entrance vestibule. 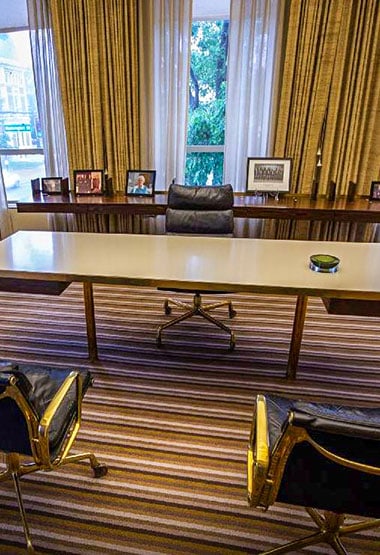 The Columbus landmark at 301 Washington Street houses the second-story office of J. Irwin Miller, who was the President and Chairman of Cummins Engine Company, President of Irwin Union Bank, and President of the Irwin-Sweeney-Miller Foundation, as well as being involved with many other business interests and national associations.

In 2011, Cummins purchased the building and renovated the interiors for additional downtown office space; however, the first floor entry and second floor private office of J. Irwin Miller have been preserved and are accessible for special public tours through the Columbus Area Visitors Center.

The complete history of 301 Washington below is courtesy of The Columbus Indiana Architectural Archives – see the complete listing, and many photos at the Archives website.

When construction was completed in 1882, a local newspaper declared the building at 301 a “palace.” The article describes the building in detail: “The new building is the handsomest and most imposing structure for business purposes in the city. The walls are of pressed brick, with carved stone caps for windows and doors, iron columns support the upper front, while the front of the store and bank rooms are of heavy walnut, with French plate glass. The trimmings are of carved sandstone and the cornice of galvanized iron on which is stamped the words ‘Irwin’s Bank.’” (Evening Republican, 14 April 1882)

After the dry goods store moved from the building in 1907, the building’s ground floor was redesigned to provide Irwin’s Bank with more space.

New iron grill work for the building’s front was designed and manufactured by Caldwell & Drake Iron Works, a local company.

An article from the Evening Republican describes the new interior in detail: “The Irwin bank at Columbus that is being remodeled and in new quarters will be a most complete institution when completed. The fixtures are of the finest character. The general scheme is that of a series of ornamental cages down the center of the room, each connected with the other yet each separate. The cashier’s compartment is at the front and the enclosure about and before the wicket is a fine piece of marble work. […] A system of ventilation is being perfected by open air shafts that will insure perfect air to every employe [sic] during work hours.” (Evening Republican 18 September 1907)

The Indianapolis firm D.A. Bohlen and Son Architects made modifications to the work completed in 1907. The iron grill work on the building’s front was extended and new seating added at the entry.

In 1962, J. Irwin Miller selected architect Alexander Girard to design his office suite at 301 Washington. Girard had worked with Miller and his wife Xenia on two residential projects — the Miller Cottage in Muskoka, Ontario (1952) and the Miller House in Columbus, Indiana (1957).

Between D.A. Bohlen and Son’s 1919 and Girard’s work in 1962, the building’s heating and ventilation was updated, and, in 1949, the interior was redesigned by Orris E. Stanfield of Business Furniture Corporation in Indianapolis. Stanfield’s design is documented by photographs taken by Francis Miller in 1950 for Life magazine. Although the pictures were never published, they are available online. Areas include J. Irwin Miller’s office, second floor reception area, waiting or reception area, and a clerical area.

Girard’s solution included a continuous metal awning, new business signs flush with the facades, and a painting scheme to highlight nineteenth-century details. At 301, Girard outlined the galvanized iron cornice in white and offset it with a light blue.

Girard’s “Storefront Improvement Project” was featured on the December 1965 cover of Architectural Forum.

Girard returned to 301 in the late 1960s to update the exterior, to redesign the building’s interior (except for Miller’s suite), and to expand the offices of Irwin Management Company to include the adjacent building on Third Street. His design included his signature bright colors, carpeted ceilings, and a proposed “IMCO” logo for Irwin Management Company.

This project was featured on the February 1975 cover of Interiors. Balthazar Korab, who frequently documented Columbus’ built environment, returned to 301 Washington Street to take photographs of the new interior design for the magazine article.

Alexander Girard, the interior designer for the Miller House, was also an architect who was responsible for the facade renovation and interior design of 301 Washington. The exterior includes a recessed entry with white ceramic tile walls, globe light fixtures in the coffered ceiling, and a distinctive, projecting gold entry vestibule with side doors. Simplicity of design is reflected in the remodeled interiors that feature rounded corners, clean lines and attention to details, such as light switches that are hidden behind curtains. The second floor offices showcase strong lines and subtle colors. The ceilings are a custom egg crate with uniform lighting, and the carpet was custom designed with a linear pattern. The doors are sliding wood panels. A custom open screen separates the stairs and the second floor reception area.

Tours are available of the office at 301, look for the Downtown Landmarks Walking Tour 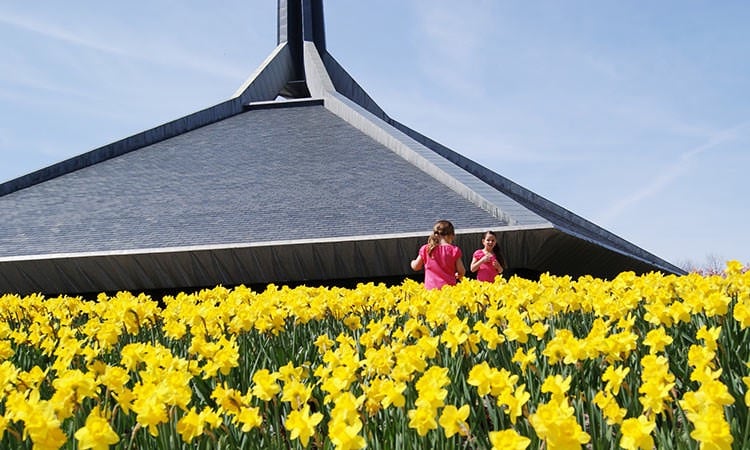 NORTH CHRISTIAN- Eero Saarinen thought it had to be perfect, perhaps it is 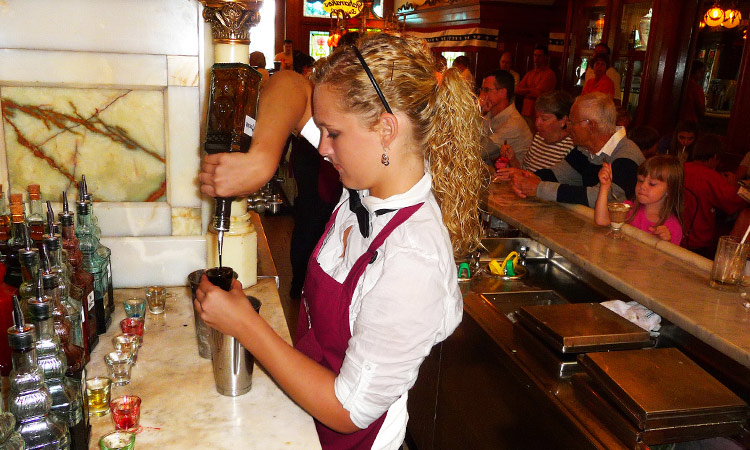 ZAHARAKOS – where Mr. Miller and Erro Saarinen began their collaboration